Horror movies should be watched at home, not the theater 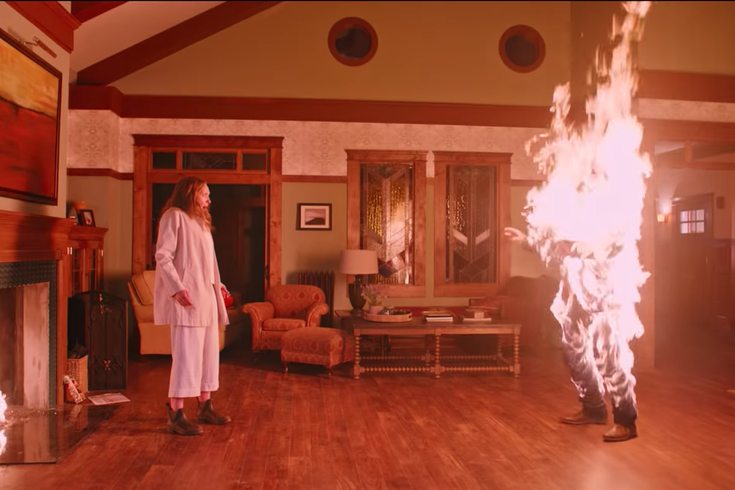 After seeing "The Witch" in the theater two years ago, my friend turned to me and said the film would have been better to watch with only a few friends in a dark apartment.

As an initially reluctant newcomer to the horror genre, I'm not sure I agreed at the time. Now, I can't understand why one would watch a scary movie any other way.

I've surprised myself with my gradual inclination toward horror films. As a pre-teen who could barely get through "Signs" — by no traditional sense a scary movie — I thought I'd never develop a hankering for being spooked.

Maybe it's that, as we get older, certain thrills — meeting new friends, learning new skills, discovering new art — slowly but surely escape our grasp. Manufactured dread is new to me, and it's what I was looking for last night in a packed theater at the UA Riverview Plaza Stadium in South Philly to see "Hereditary."

"Hereditary" oozes dread. A relatable dread about family demons and how they're often inescapable. It builds carefully and gradually and then explodes with dread.

RELATED: Actress Toni Collette talks 'Hereditary,' and love for her past Philly movies

I won't give you any spoilers, but during once scene in that buildup — which wasn't the creepiest but also was in no way funny — the entire audience...

They laughed in unison, and they laughed heartily. It wasn't an isolated incident. Giggles were scattered during points of brief moments levity throughout the film. And besides the laughter, there was the large group that noisily got up and left right before the film began to climax. Hell, there even was me, creakily adjusting my seat and self-aware of every mouthful of popcorn sending an echoing crunching sound through the theater.

Before you accuse me of being a crank, let me say that I don't blame anyone for laughing. Or for getting up to pee. Or for chewing audibly. It's a movie theater, and it all comes with the territory.

The movie theater can be a religious experience for blockbusters like "Star Wars" and "Harry Potter." It's communal for comedies, with the reassurance of others' enjoyment boosting your own experience. In general, it's still a worth excuse to plant your butt somewhere other than your couch to watch a movie.

RELATED: The likely reason you get nightmares – and tips to try preventing them

But it sucks for scary movies.

There is no dread in the comfort of others being around you. There's no fear in being in a public place with noises and lights and people, all distractions from the very specific emotion the film is trying to invoke.

There is dread in the dark kitchen. In the silence of the TV after the movie ends. In every nook and cranny of your home that you survey while you carefully tip toe to bed.

The first time I saw "It Follows," I was with my roommate, late at night, in our dark living room. I spent the rest of my night looking over my shoulder and waiting for something to burst through the door. Again, I'm a newbie, but isn't that the rush we're chasing?

I liked "Hereditary," even if a lot of people didn't. If you're going to give it a shot, however, wait for the streaming services, or even the DVD.

Same goes for every horror film, ever.