Grandparents getting tipsy at the holiday party? It's a growing trend 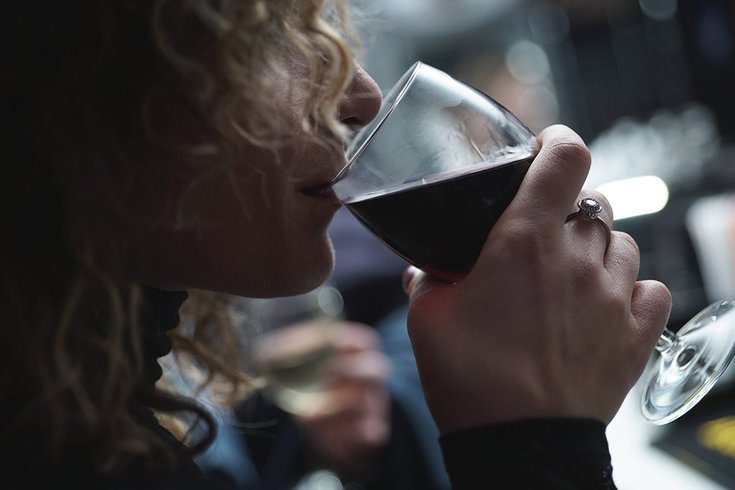 November and December are defined by parties and social events. And in the U.S., alcohol is synonymous with socializing, with Americans particularly likely to overindulge during the holidays.

Older people as a group have not historically imbibed during social events, particularly women. But recent evidence suggests that baby boomers may be shifting away from this trend. As baby boomers have begun trickling into later life, the stereotype of Grandma sipping hot cocoa by the fire has slowly been replaced with Grandma sipping a glass of wine with her friends and family.

Is this new trend something we should be concerned about?

A GROWING TREND AMONG OLDER AMERICANS

Alcohol-related deaths have increased substantially over the last decade, accounting for over 88,000 deaths a year; furthermore, the number of deaths related to alcohol-related liver disease, known as cirrhosis, has been rising in 49 states. This trend has been driven in part by significant increases in alcohol consumption among older adults in recent years.

The prevalence of drinking among adults 60 and older has increased over time, especially among older women. While men are still drinking more alcohol than women, older women today are drinking more than in the past, including taking part in binge drinking. Due to the large number and high substance use rates of the baby boomers, the number of older adults with substance abuse disorder is projected to double by 2020.

The number of alcohol-related deaths is greater than the number dying due to opioids, though these two trends are not unrelated, as the use of pharmaceutical opioids with alcohol is common. Unlike opioid deaths, however, most alcohol-related deaths are not the consequence of a single event in which someone overindulged, unless that event involved a serious fall or a car accident. Alcohol-related deaths are usually a consequence of habitually drinking too much over an extended period of time, not just overindulging during one particularly social December. Moreover, low-to-moderate drinking has been shown to be potentially beneficial to physical and mental health among older adults.

‘PROBLEM’ DRINKING IS THE KEY CONCERN

If moderate alcohol consumption isn’t the issue, then what is? Put simply: problem drinking. Or rather, individuals who either binge drink or who consume 15 or more servings of alcohol per week – or both. It is this group that we health researchers and family members need to be paying particular attention to since rates are growing fastest among those middle-aged and in the early stages of later life (ages 45-65).

The National Institute on Alcohol Abuse and Alcoholism defines binge drinking for men under age 65 as consuming five or more servings of alcohol in a single episode – the equivalent of drinking an entire bottle of wine, or more. For women of all ages and men over age 65, the threshold for binge drinking is lower – only four drinks. Among men between ages 60 and 70, about one in three report binge drinking compared to only one in 10 women in this age group.

In order to reduce these incidences of problem drinking, the National Institute on Alcohol Abuse and Alcoholism recommends that adults over age 65 who are healthy and do not take medications limit their alcohol consumption to three drinks in a given day and no more than seven drinks a week.

The intersection between alcohol consumption, socializing and health is complicated. Research about the benefits of staying socially integrated and engaged in society is clear: Those who maintain meaningful relationships and engage regularly with others live longer, healthier lives.

However, how we “do” our socializing matters. One reason that individuals who are lonely experience poorer health outcomes is related to problem behaviors that occur as a way of dealing with the unpleasant feelings of loneliness. This includes excess alcohol consumption. However, if socializing is conflated with heavy drinking or other unhealthy behaviors, being too social could also pose serious health problems. And the consequences of such behaviors could be magnified for older adults.

Alcohol can affect us differently as we age, and this relates, in part, to common changes we experience as we get older. Starting in our 40’s, we begin to lose muscle and bone density, with losses particularly significant for those who do not regularly exercise, those who are obese and those with poor nutrition. This loss of bone and muscle not only means that our bodies are worse at metabolizing alcohol, it also leads to increased frailty, causing higher risks of falling and likelihood of having a major injury if a fall occurs. Some research already finds that heavy alcohol use among older adults is associated with an increased risk of falls. And falls are a real concern in later life – deaths from unintentional injuries are the seventh-leading cause of death among adults 65 and older, and falls account for the largest percentage of those deaths.

Compounding these issues is that many older people have multiple chronic health conditions that they are managing through prescription medications. Among older adults, 40 percent take five to nine different medications a day , and 18 percent take 10 or more. Although there is growing awareness of the problems related to polypharmacy and there are efforts to decrease the number of medications older people take, there are a few common medications that have known interactions with alcohol, such as those commonly prescribed for blood pressure and arthritis. The toxicity of over-the-counter medications like aspirin is also enhanced by alcohol. This combination of factors gives us serious reasons to be cautious about how much we drink as we get older.

So, should we be concerned if our older family members are having a glass of wine (or two) at that holiday party? Probably not – so long as that older person is not on any medications that interact with alcohol, is in good general health and has a designated driver.

But frequent, heavy alcohol consumption accelerates health decline at all stages of life. While most people know that heavy alcohol use leads to liver diseases like cirrhosis, alcohol is also a major contributor to cancer mortality. Having a couple of glasses of wine two to three days a week is probably not going to pose major problems for older people. But if those two glasses turn into four or five, regardless of your age, you are not only betting against your longevity, you are reducing the number of years that you are healthy enough to share a drink with your friends.