'Sing the Snow Away: The Chunklet Years' includes 22 tracks 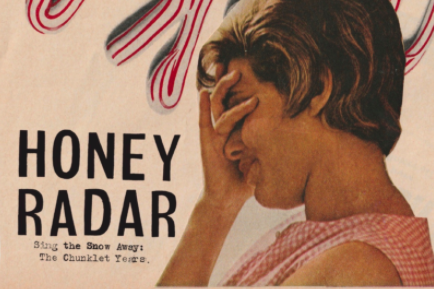 "Sing the Snow Away: The Chunklet Years" compiles 22 tracks the band recorded after founder Jason Henn moved to Philly in 2014 and turned his solo project into a group effort. The album features a mixture of singles, covers and unreleased recordings. It was released June 20 by the Athens, Georgia-based label Chunklet.

Although the track list is lengthy, nearly every song is under three minutes long, making "Sing the Snow Away" a quick introduction to the local group.

Henn, a guitarist, founded Honey Radar in Indiana during the mid-2000s. He eventually gathered a band in Philly, releasing three albums between 2014 and 2016. But Honey Radar's psych-pop sound has been its hallmark since Henn released "Holy Smoke" in 2008.

Music magazine Pitchfork praised Henn's creativity in its review of "Sing the Snow Away." Writer Marc Masters said his songs have a "classic, where-have-I-heard-this-before aura."

"A collection of catchy, lo-fi 7"s on Athens’ Chunklet shows off the Philadelphia musician Jason Henn’s bedroom-pop prowess and surreal, often funny songwriting," Masters wrote. "Henn has given Chunklet some of his most memorable material, and hearing all of it together adds extra adrenaline."

Masters compared the sound to that of 60's bubblegum pop group The Monkees. "Sing the Snow Away" includes a cover of The Monkees' "Wind-Up Man," originally recorded for a controversial 1969 TV performance that led to the band's breakup.

The Monkees have been an inspiration for other bedroom pop artists, including Ariel Pink and R. Stevie Moore. Both have a sound not unlike Honey Radar's.

Prior to the compilation, Honey Radar's last album was 2016's "Blank Cartoon." The album includes "Caterpillar," the band's most-played song on Spotify. But the band also released "Ruby Puff of Dust," a similar compilation of singles, via the New York-based label What's Your Rupture in 2019.

Listen to "Sing the Snow Away" below.