On this week's 'Saturday Morning Fever,' temporary changes in front of the cameras bring the drama 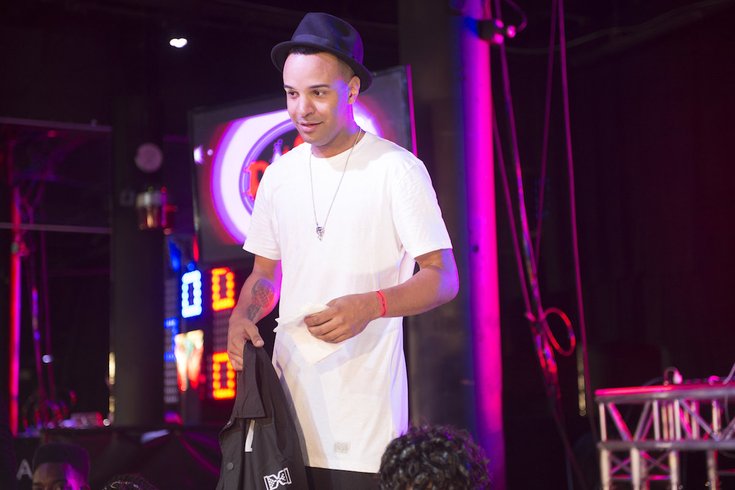 Photo of "Dancin' on Air" star/Courtesy of Fuse

On the fourth episode of "Saturday Morning Fever," Jesse Stearn gets a chance to host "Dancin' on Air."

Ugh, work meetings are soooo boring, amirite? It’s with that tenor that "Dancin’ on Air" host Casey Reed welcomes us to a “rehearsal” confab in what appears to be a strip-mall studio somewhere in Philly.

There, executive producers Mike Nise and Chrystel Eberts are respectively name-dropping DoA alum Kelly Ripa and saying how the show isn’t about the dancing, per se, but the “interaction of everybody."

And there, before "Saturday Morning Fever’s" fourth-episode credits roll, abrasive backup dancer Marissa is already calling out Casey to the cameras (when she’s not around). She’s all, like, Casey doesn’t run the show so she should just shut up and do her job. BOOM.

Before that friction blossoms, though – and, real talk, dance-show drama is the realest drama on Earth – Casey flat-out lies to get herself out of hosting the episode.

She pulls the “I have a last-minute gig with my day job at Q102” card, but soon the world would know she’s engaging in the sleazy art of deception.

“That’s not actually the truth. I just need to get the hell away from the show for a week,” she said. “Lately, the show has been too much for me. I’m overwhelmed. I need a day to myself – with Brittany – so we can just enjoy each other.”

With that settled, we can get on to Ro-Ro-Rogelio Gonzalez distributing “duck-lipped” (in Marissa’s estimation) business cards for “Rotogrophy 23,” a photography “business” that, I’m sorry to report, doesn’t have much of an online presence at which to steer your attention to via hyperlink. (Photography is “in my soul; I love it,” Ro-Ro shares. Effective marketing, it seems, is not.)

That was just an aside, though. This episode will be centered on co-host Jesse filling in for Casey, albeit temporarily.

“You only get one shot, like Eminem said,” noted Jesse of his big opportunity under the lights.

For drama’s sake, they show rehearsal Jesse wilting on repeat like a parched tree in a talent drought. This does not bode well for Jesse’s future prospects in the dance-show hosting industry.

Lifting her eyes from her mobile phone for a few moments, Casey offers some words of encouragement, which was very nice. (Later in the episode, she’ll host Jesse at her and fiancé Brittany’s pad for a suggestion-heavy pep talk.)

From there, we cut to Prism Brewing Co. – which is apparently a gathering place in North Wales – where cast member Ian Eagle Ashanti is putting his “juggernaut funk musician” skills on display for the handful of people on hand for the performance.

The crowd seems freaked out by his – hmm, how’s the best way to describe this? – ostentatiously spasmodic show, which weds grinding and low-range growling. Ian recognizes his apparent inability to connect with the lily white audience and brings a jazzy feel to the room in the latter portion of the set that has all of ‘em clapping along.

Redemption was Ian’s, who is now inspired to create a video of the performance-saving track. The video seemingly doubles as a commercial for Prism Brewing, what with the staff shirts the performers don.

Ro-Ro is there for the shooting but is presented as a disruptive force. Not much time is dedicated to probing this angle as SMF transitions back to Jesse’s big day on the hostin’ stage.

While that would have made for a wonderful "Dancin’ on Air" plot twist – and viral moment, for what it's worth – I’m happy to report that Jesse did NOT pee himself. As such, he should be held up as inspirational proof that fears can be overcome with hard work and perseverance.