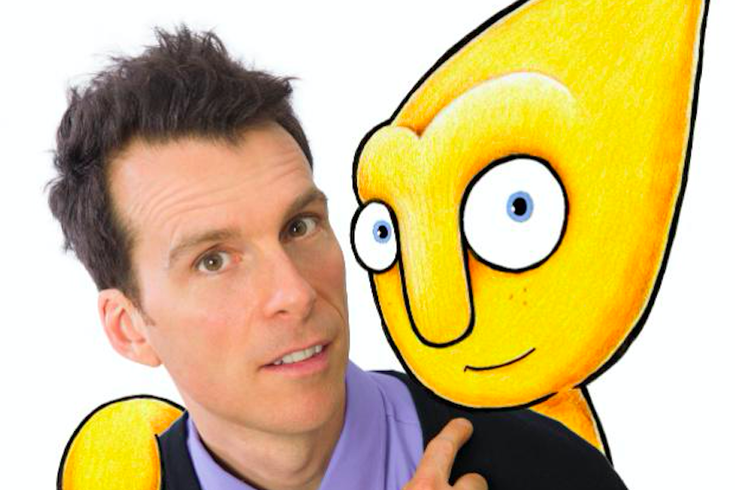 Mixing music and fantasy has been like combining peanut butter and chocolate for Morgan Taylor, who brings Gustafer Yellowgold back to Philly this weekend.

“But that’s how it all started for me,” Taylor said while calling from New York.

“My first show was opening for Guided By Voices back in my hometown.”

Taylor grew up in the indie rock hotbed of Dayton, Ohio, which is also where the Breeders and the Brainiacs came of age.

“Dayton is one of the most inspiring cities for a musician in this country,” Taylor said.

“There is so much going on. If you stop by and check it out, you’ll see that there’s always creative people doing different things in my hometown.”

No one in Dayton or the rest of the country is creating anything quite like what Taylor has conjured with Gustafer Yellowgold. The fictional character is a friendly alien, who left the sun for the earth and is compelled to explore. The quirky material has earned Taylor a Grammy nomination.

“Creating Gustafer Yellowgold has been so good for me on a variety of levels,” Taylor said.

“I started out by drawing Spiderman when I was a kid. But when I became a teenager, I got into music and I started playing in bands and writing songs.”

“This was like many stories you hear from the artistic world,” he said.

“It just happened and it was the perfect storm. I love writing catchy songs, making people laugh and drawing. I’m able to use all of my talents courtesy of Gustafer Yellowgold.” 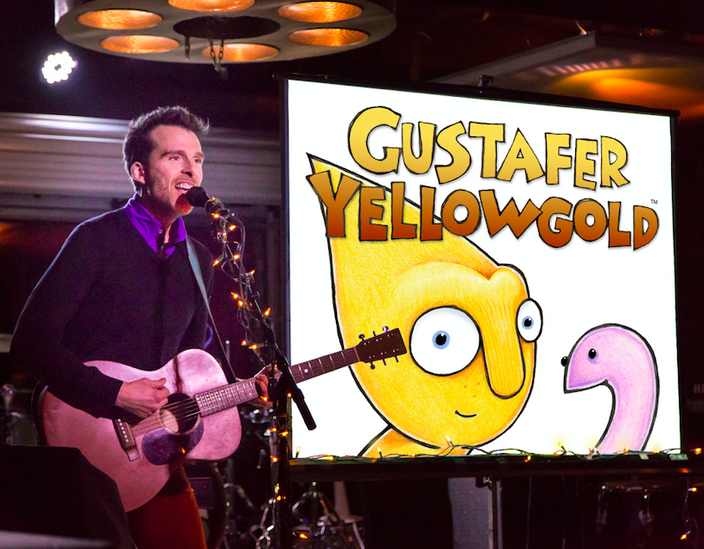 “Creating Gustafer Yellowgold has been so good for me on a variety of levels,” Taylor said.

What has made the project work so well for Taylor is that parents are as interested in Gustafer Yellowgold as their children. They watch Taylor sing as his illustrations flash behind him on a giant screen during his shows.

“It’s been so important that adults like this as well,” Taylor said.

“The last thing I want is for the parents to be bored by this. If they didn’t care, I wouldn’t be playing places like World Cafe Live, even if their children were transfixed."

Philadelphia has been one of the better markets for Gustafer Yellowgold.

“People in Philly really seem to like the concept,” he said.

“I also get an incredible boost from WXPN. That station has given me so much support since the start of this. Some of my favorite shows I ever did were in Philadelphia.”

It all started as a live performer for Taylor by opening for Guided By Voices, but the seeds of his musical creativity go back to his childhood, when he discovered Kiss.

“I was obsessed with Kiss since I was 9,” Taylor said.

“Kiss combined fantasy and music just like David Bowie did. That always stayed with me. It was cool opening up for Guided By Voices, but when I look at it, Kiss had such a massive impact on me. You don’t see many recording artists combine music and fantasy. If only everyone knew how much fun it is to combine those elements.”