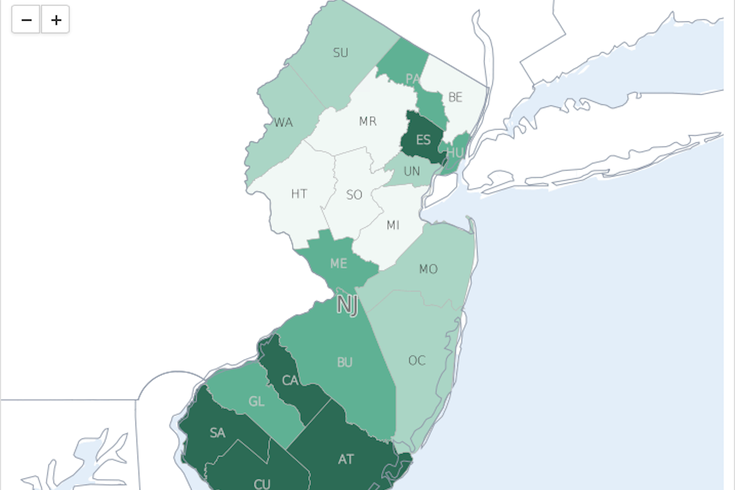 North Jersey counties dominated the list of New Jersey's healthiest counties in a study released Wednesday by the Robert Wood Johnson Foundation and the University of Wisconsin Population Health Institute.

The rankings compare the state's 21 counties on 30 factors that impact health, including education, transportation, housing, income, diet and exercise.

At the bottom of the list were a few South Jersey counties, including Cumberland, Atlantic and Camden. 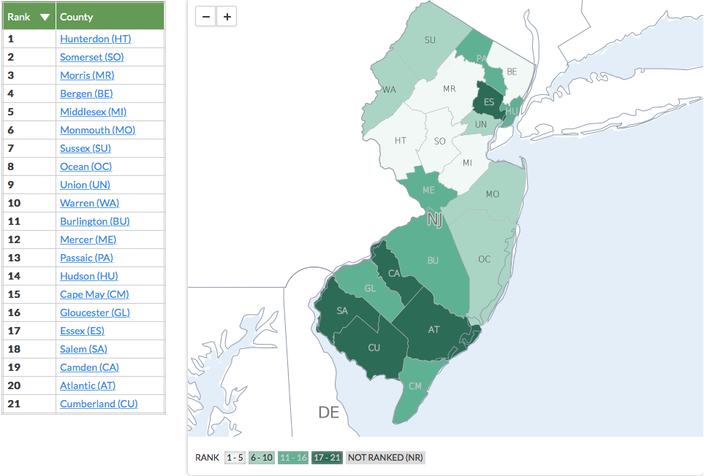 Poverty and income were cited as two of the major factors in determining a county's health, according to a release from the Robert Wood Johnson Foundation. Other key social and economic factors that drive health include violent crime and employment.

"Unemployment rates are 1.5 times higher in the least healthy counties in each state as they are in the healthiest counties," the report said.