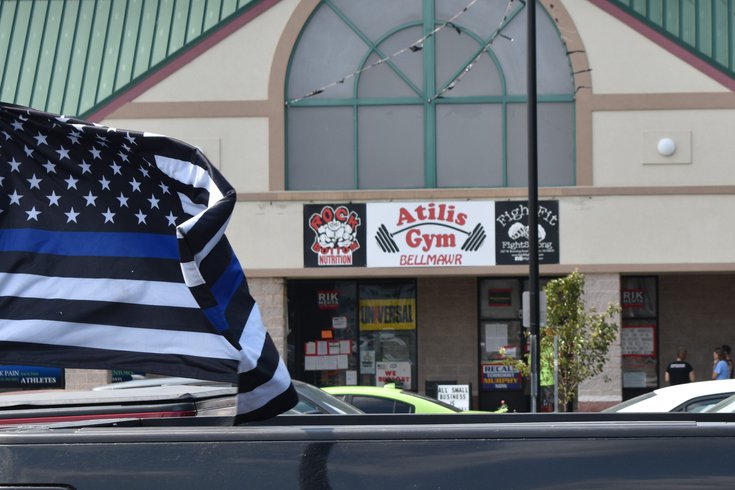 Ian Smith, the congressional candidate and owner of Atilis Gym in Bellmawr, was arrested for a DUI on Sunday.

A Camden County gym owner who came to national attention in 2020 for refusing to close his business during the COVID-19 lockdowns was arrested for driving under the influence on Sunday.

Ian Smith, of Delanco, was pulled over by a Cinnaminson police officer around 12:25 a.m. on Route 130 near Andover Road. He was arrested after he refused to take a breathalyzer test and was charged with DUI, reckless driving, failure to observe marked traffic lanes and delaying traffic, the Courier Post reported.

Smith is a co-owner of the Atilis Gym in Bellmawr with his business partner Frank Trumbetti. The two have racked up nearly $300,000 in fines and had the gym's business license revoked since defying Gov. Phil Murphy's pandemic lockdown orders.

In February, Smith announced he was entering the Republican primary in New Jersey's 3rd Congressional District. He is facing off against party line candidate Bob Healey, who is a favorite of many establishment Republicans. The winner will take on incumbent Democrat Rep. Andy Kim.

Smith responded to the allegations on Twitter on Wednesday. He claims he was arrested after passing a sobriety test and refusing to blow into a breathalyzer.

"My choice to not submit to a breathalyzer reflects my distrust after (two) years of persecution," Smith said.

By now, most of you have read about what happened during the early hours of Sunday morning.

Due to the ongoing nature of the case, my statements will be limited to what has already been said. I was pulled over, passed a sobriety test (in poor conditions), and was arrested…

Steve Kush, a consultant working on Smith's campaign, demanded that the Cinnaminson Police Department release any body camera footage of the incident on Tuesday. The video would show that Smith is innocent, he said.

This is not the first time Smith has been charged with a DUI.

When Smith was a 20-year-old college student in 2008, he was sentenced to more than five years in prison for a DUI crash that killed a 19-year-old in Galloway Township.

"I woke up after a night of drinking in my college apartment, got in my car and moments later was the sole cause of a tragic accident that took the life of a young man," Smith said of the incident in an Instagram video.

In the post, he said the guilt he carries from the accident will never leave him.

Smith's most recent arrest happened just a few hours after he officially opened his new campaign office in Mount Laurel on Saturday.

He is scheduled to appear in Cinnaminson Municipal Court on Thursday, April 14.