Tony's Baltimore Grill, which opened in Atlantic City in the 1920s, plans to reorganize and stay open 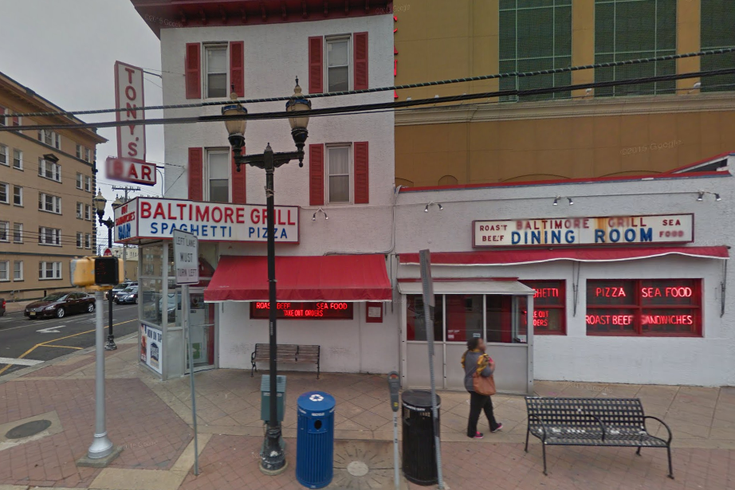 Tony's Baltimore Grill, an iconic Atlantic City pizza place since the 1920s, has filed for bankruptcy but continues to operate, hoping to reorganize its debt.

Tony’s Baltimore Grill, an iconic fixture in Atlantic City since 1927, known for its retro décor, throwback jukebox, late-night crowds and an endless stream of pizza pies, has filed for bankruptcy protection.

The joint -- an always dim bar on one side, with a cavernous dining room with paneling and decorations straight out of the 1960s – remains open at the 2800 block of Atlantic Ave., hoping to reorganize its debt.

That’s primarily a $715,000 one-time charge for withdrawing from a union pension fund for UNITE-HERE Local 54, according to The Press of Atlantic City.

There are also government liens for unpaid bills.

The owners, the Tarsitano family, fault the union’s high cost; the union counters by saying the business could have avoided the charge by staying in the pension fund.

While the restaurant is open 24 hours a day, its orange neon sign glowing through the night, the place’s reputation is built primarily on its pizza and modest prices.

The pizza ovens stay on until 3 a.m. The late-night crowds are a mix of locals, cops, shift-workers and the occasional celebrity.

To read the complete story in The Press of Atlantic City, go here.