Infrequently Asked Questions: How are animals trained for film? 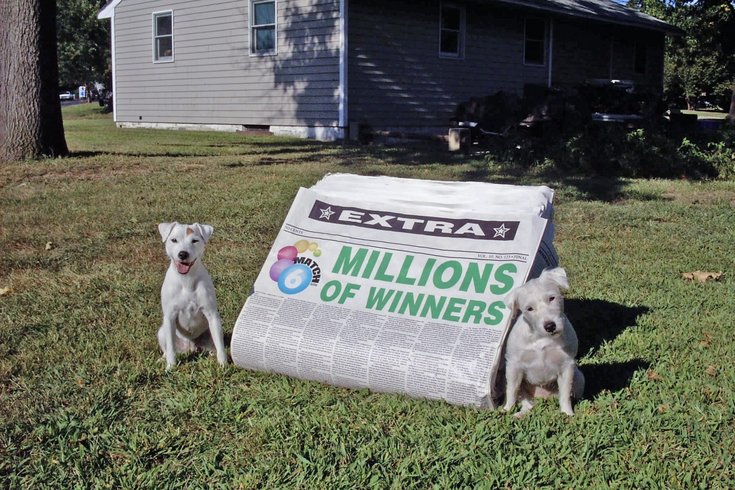 The world is full of questions we all want answers to but are either too embarrassed, time-crunched or intimidated to actually ask. In the spirit of that shared experience, we've embarked on a journey to answer all of the questions that burn in the minds of Philadelphians -- everything from universal curiosities (Can rice really fix a water-damaged phone?) to Philly-specific musings (How does one clean the Liberty Bell?).

Animals are no strangers to the silver screen.

They fetch, bark and save Timmy on command, and manage to make it all look effortless to the casual onlooker. But what's happening behind the scenes? These animals aren't exactly being put through film school, so who's responsible for their performances in film, and what does that entail?

We reached out to Dawn Wolfe, a dog trainer of 25 years and owner and talent coordinator for South Jersey-based Pawsitively Famous Animal Actors, for an answer. She's matched hundreds of animals -- local and otherwise -- for movies (see: "The Happening," "First Born"), photoshoots and commercials.

I saw a movie the other day where a woman was climbing into her attic, and when she walked down the ladder, the dog started barking uncontrollably. Looking at the screen, there’s no obvious visual cue for it. How would the dog know to start barking at that exact moment in the film?

So, for instance, my little dog Niki did a movie with Elisabeth Shue, and Niki had to be barking and going crazy while Elisabeth picked up the phone and talked to her mother, and the dog started going crazy. And what I did was I had a fake mouse, because Niki is a Jack Russell. And so the day before, I showed Niki -- I squeaked a fake mouse and put it on the counter, and then that day when we came in to film, Niki thought the mouse was still on the counter and got very excited once she got in the room. I showed her the mouse again and squeaked it and pretended to put it there. And then I walked out of the room, and when I let Niki walk in, she immediately started barking -- going crazy to get that. Probably what they did was they had someone in the attic area who had something the dog wanted.

Is it a long process to train?

Most of the time – you know, ‘training for a role,’ a dog should be trained. They don’t give us a lot of notice in this business. They call up and say, ‘We need a dog Friday. And they need to get up on a couch next to somebody, and when somebody opens the door, it needs to speak on command and then run over and sit next to them.’ The dog pretty much already needs to be trained. So we’re using trained dogs to do things like – when we say ‘sit,’ the dog sits, no matter what. When we say ‘lie down,’ it lies down. So we’re just putting it into an environment and it’s not like we’re training it that day. It has to know the language to work in this business. It’s like a little kid: You take a little kid and say, ‘Johnny, sit on the couch,’ and Johnny needs to know what ‘sit’ is.

I’m imagining a filmmaker trying to make an animal custom-fit their exact scene and moment. Have you ever had any problems with filmmakers and gotten a call saying, ‘This dog’s not quite cooperating.’ Does that happen often?

No! Because they really shouldn’t be sending a dog. Sometimes we’ll get on set and the filmmaker or director will say, ‘Oh, I know this isn’t in the script, but do you think I can do this?’ We do get that pretty often. And sometimes things aren’t safe for the animals to do and we get requests for them to do something and we say no. We can’t allow the animal to do that, no matter how much they want it. My No. 1 priority going on set with a dog to do stuff is ‘Don’t let anybody get hurt.’ Don’t let the animal get hurt. That’s my priority.

Are most animals capable of being trained?

Well, I would say to a certain degree. The more food-motivated and handle-able the animal is, the better. If you have a raccoon, sure they can be trained and it’s all food, but as they get older, they’re not as willing, and they can get a little bit cranky. So some animals you don’t really want to fool with either.

It's hard to imagine being a trainer with a snake.

There’s no training with a snake. You need to get that snake out and handle it a lot, and you can’t take a snake on set that’s hungry – you’re going to have a problem. And you also can’t take a snake on set after it’s eaten, because that can be bad for the snake. So you have to time things when you deal with reptiles: when you’re going to feed them and not feed them when they have an upcoming role.

… Most animals, it’s really socializing them. People contact [me] and [say], ‘It’s a really cute cat and does this stuff,’ and the moment the cat gets out of the house in a new environment, the cat’s going to freak out because it’s only used to its house. I tell people if they really want their cat to be in this business, go shoot me a video at your friend’s house that the cat’s never been to. Whether your cat can listen in that environment. Same thing with a dog. If you teach your dog to do all these tricks in the middle of PetSmart, go in an aisle and film it for me. With people walking by and kids and all the smells, get the dog to do that battery of tricks that it knows and prove to me that it can do all that. When we get on set it’s -- you know, there’s a lot going on.

How do you train a cat for an acting role in a film?

I’m more of an animal-talent coordinator, and so I go to people who have cats used to being on set and in the business, and then if we have a job where the cat actually has to do something in particular, other than sit there and go from Point A to Point B, which is what most cats are trained to do, then they have to do a little bit of prep work. And then the trainer would work on that with the cat before we film.

Let’s take 'Meet the Parents' as an example. When Jinxy’s flushing that toilet, what kind of prep work would go into that?

That would be teaching the cat to go up, and it might be a step-by-step process if the cat hasn’t done anything like that before. A cat can be trained, but it’s all food motivation for them.

So dogs are easier to train?

Of course they are! Cats don’t learn at all, hardly.

What are some more unusual animals you’ve had trained for roles?

I’ve had a couple big snakes be draped around models for a runway. That was kind of unusual. And the girl was painted to look like a snake as well. That was interesting. But I get all the "Pets 101" on Animal Planet. We had to film a bunch of different exotic animals – to bring in capybaras and really odd animals to have to film them safely.