Here's the scoop on fasted cardio, weightlifting and workouts

Your questions about intermittent fasting and working out, answered 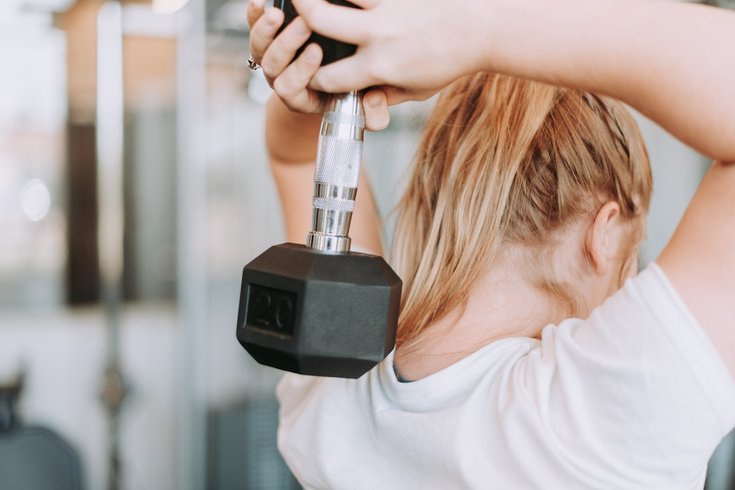 How intermittent fasting could fit into your fitness routine.

Like the ketogenic diet, gut health and boxing, intermittent fasting is a health trend that has been growing in popularity over the past few years.

If you’re not familiar, intermittent fasting involves specific windows of eating and abstaining from food, typically utilizing the 16/8 method which outlines an eight-hour eating period and 16-hour fast. People favor this dietary plan for improving health and weight loss because rather than restricting what you eat, it is a set of guidelines for when you can eat, Healthline explains.

That said, it’s important to remember that you shouldn’t fill your eating window with tons of junk food because, well, that could backfire.

RELATED READ: Why you should be keeping track of your workouts in a fitness journal

If you’re contemplating jumping on the intermittent fasting bandwagon, you might be wondering how working out falls into the mix. Is it safe to workout while fasted? Will I pass out? Are there benefits to working out fasted? I thought carb-o-loading was ideal for working out? We’ll dig through all of that below.

Of course, you could be curious about fasted workouts because Hollywood’s fittest power couple — J.Lo and A.Rod — have, too, announced that they’re trying “fasted cardio,” Women’s Health reports. That said, everyone knows that they shouldn’t necessarily do something just because their favorite celebrity is doing it, so here’s the scoop on intermittent fasting and fitness.

First things first, it’s important to know your body — so if you’ve went to the gym after skipping lunch and it didn’t work for you, know that that’s OK and fasted workouts might not be for you. But if you’re a person that can handle workouts on an empty stomach, then you should know there are serious benefits to it.

You become more sensitive to insulin and allow the human growth hormone to help you burn fat and build muscle.

But before we start talking insulin and other big ideas, let’s rewind for a second: As a reminder, the human body uses stored carbohydrates — known as glycogen — to fuel exercise, whether you’re in a gym lifting weights or outside clocking miles, according to Daily Burn. But if your body were to run out of glycogen reserves — like, say, during a fast — it naturally turns to other things, like fat, to burn as fuel.

While this sounds like great news — burning fat, woohoo! — there’s a caveat: the body also tends to break down protein (a.k.a. muscle) when glycogen reserves get too low, Daily Burn warns. So, while you might be burning fat, your muscle could be going out the door, too.

A few other perks of fasted workouts include prevention of indigestion and the potential retraining of oneself to feel less hungry, notes Men’s Journal, which cautioned about some negatives as well, specifically not being able to train at the intensity you might expect and an overwhelming hunger that compromises focus on one's training.

As with most things, there is a science to working out fasted. One thing you might want to think about is the timing of your fasted workout, registered dietitian Christopher Shuff told Healthline:

Healthline adds that you can exercise safely during a fasted workouts by keeping SUPER hydrated and, ultimately, listening to your body if you begin to feel weakness or dizziness.