The Ocean City resident racked up $749,286 during his run. That's the fifth highest total in the trivia show's history 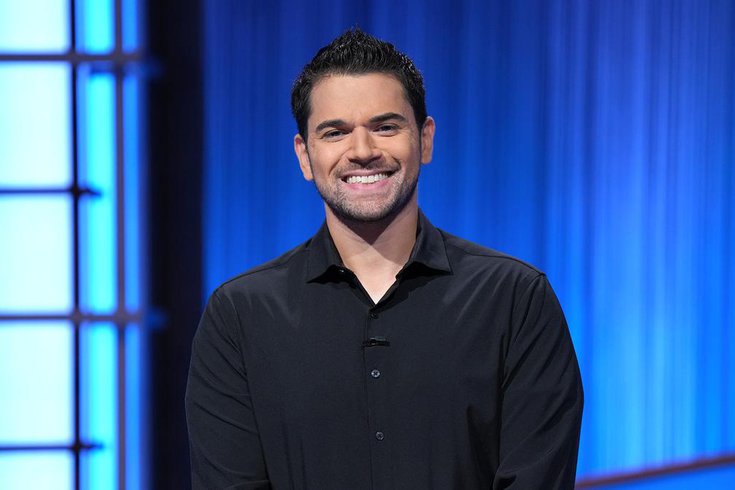 Chris Pannullo, of Ocean City, New Jersey, won 21 straight games on 'Jeopardy!" before his streak ended Tuesday night. He amassed $749,286 in winnings during his run on the trivia show.

Cris Pannullo's impressive, 21-game win streak on "Jeopardy!" came to an end Tuesday night. The Ocean City resident, who had been a tour-de-force on the trivia show, finally lost after being stumped during Final Jeopardy!

Pannullo, 38, held a slight edge over opponents Andy Tirrell and Meghan Mello heading into the show's final round, which featured a clue under the category "Plays."

"A 1609 story in which an exiled king of Bulgaria creates a sea palace with his magic may have inspired the plot of this play," the clue read.

Pannullo gave an incorrect answer, "What is 'The Little Mermaid?'" Tirrell was the only candidate to answer correctly, with "'What is 'The Tempest?'"

It was a William Shakespeare play that finally caught Pannullo off guard. "The Little Mermaid," best-known today as the Disney classic, was based off of a literary fairy tale published in 1837 by Danish author Hans Christian Andersen, in a collection of stories for kids.

With a total of $749,286 in winnings, including the $1,000 he picked up for finishing third Tuesday, Pannullo ranks No. 5 on the "Jeopardy!" Leaderboard of Legends for highest winnings during regular-season play. He's earned a spot in the show's 2023 "Tournament of Champions."

Pannullo, a customer success operations manager by day, was often dominant during his streak, which began in September. He earned 16 of his 21 wins in runaway fashion.

But on Tuesday, Pannullo only managed to build a small lead heading into Final Jeopardy! During Double Jeopardy!, he wagered $6,600 on a Daily Double that he missed.

Much like Holzhaur, who racked up $2.9 million in winnings during his 32-game "Jeopardy!" streak in 2019, Pannullo often lived on the edge with big "Daily Double" wagers during his run.

Tirrell, a political science and international relations professor from San Diego, had entered Double Jeopardy! in the red. But he picked up a Daily Double that helped him close the gap on Pannullo. He finished the game with a total of $15,399.

"I think I had to go down in the hole a couple thousand first to really find my groove," Tirrell said of the comeback. "The fight or flight came in."

Pannullo had amassed the highest "Jeopardy!" earnings since Philadelphia native Ryan Long won just under $300,000 during his 16-game winning streak that ended in June.

Pannullo's success was aided by a buzzer technique reminiscent of Holzhauer's, in which he crossed his arms to buzz in faster, according to the U.S. Sun. The technique was created by Fritz Holznagel, author of "Secrets of the Buzzer," a book that Holzhauer utilized.