"It was the worst event of the summer," says lifeguard 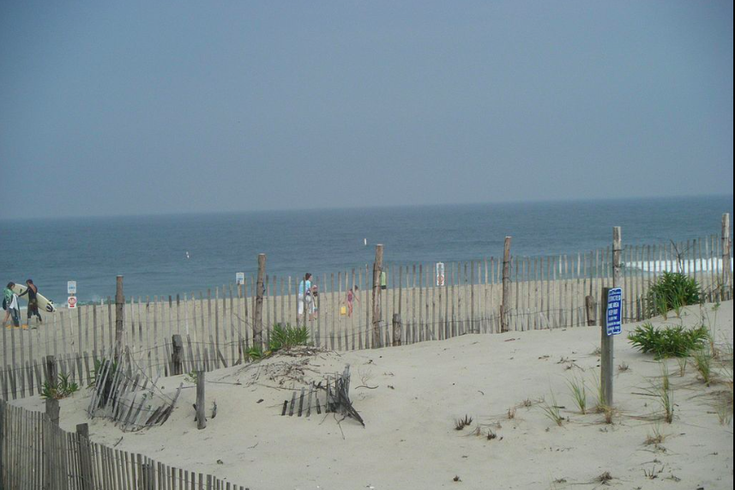 A view of the beach in Seaside Park, New Jersey, south of Funtown Pier.

A seasonal record of 14 distressed swimmers were rescued by the Seaside Park beach patrol at about 12:40 p.m. Saturday, according to lifeguard Ed Kenney.

"It was the worst event of the summer,'"said Kenney, adding the water has been turbulent all week.

"We've had an undertow this week. Today is the worst," said Kenney, who did not think the tropical weather in Florida was a factor in causing the rough surf because the storm is still so far away.

Making the multiple-rescues forced a temporary closing of all of the borough's beaches as guards were dispatched to 12th street to get the many struggling swimmers out of the water.

Though no one was in immediate danger of drowning, the town's fire department, which was summoned via a call to 911, administered oxygen to many of those rescued because they were "roughed up by the surf," said Kenney.

The borough has posted "red-flag warnings" on all of its beaches, meaning no one is allowed in the surf beyond their knees.

"No one was listening," said Kenney of how the swimmers got in trouble in the first place.

"They need to listen to lifeguards," to stay safe while swimming, said Kenney.