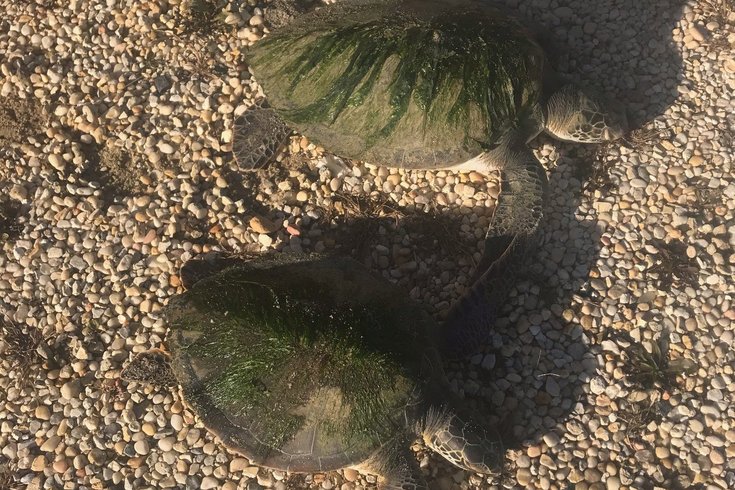 Ocean County officials are asking the public to keep their eyes peeled for stranded green sea turtles around Long Beach Island this week after receiving reports of numerous stranded turtles.

The Marine Mammal Stranding Center in Brigantine released a statement Thursday saying it had received multiple calls for green sea turtles in the bay behind Long Beach Island.

According to the Press of AC, at least seven stranded turtles were reported this week.

Any turtles seen in the area at this time of year are likely "cold-stunned" and can appear dead, according to the Stranding Center. Sea turtles aren't meant to be in water below 55 degrees and their metabolism responds by slowing down.

That the year's first reports of stranded turtles came after a week in which hundreds of records for cold fell across the East Coast is no coincidence.

"They may look dead because they're not moving," Bob Schoelkopf, the Stranding Center's founding director, told PhillyVoice last year. "But they might just be stunned from the cold."

Schoelkopf explained that residents who see the turtles should call the Center and not attempt to rescue the animals themselves. Moving stranded sea turtles requires permits, according to the Press of AC.