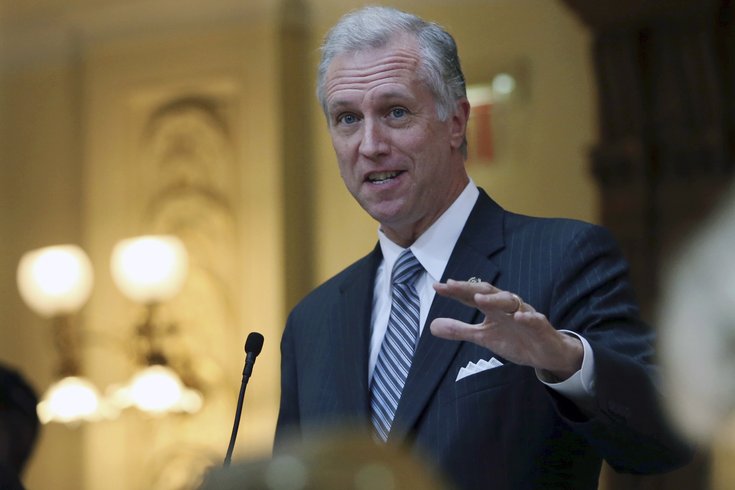 In this Friday, Oct. 7, 2016, file photo, New Jersey Assemblyman John S. Wisniewski, D-Sayreville, addresses the Assembly in Trenton, New Jersey. On Tuesday, Nov. 15, 2016, Wisniewski announced he is running for New Jersey governor in 2017. Wisniewski is known for co-chairing the legislative inquiry into the 2013 George Washington Bridge lane closures and has been a pointed critic of Republican Gov. Chris Christie.

New Jersey Democratic Assemblyman John Wisniewski has announced he is running for governor in 2017.

Wisniewski is an attorney from Sayreville in Middlesex County. He served as state Democratic committee chairman in 2010 and is widely known for co-chairing the legislative inquiry into the 2013 George Washington Bridge lane closures.

As so, he is a pointed critic of Gov. Chris Christie, whose term ends in 2018.

A description on a YouTube video announcing his bid on Tuesday states, “What I see in New Jersey is a middle class that's under siege; leadership that doesn't care about the working men and women of this state. I believe it's time to have policies for everyone in our state. That is why I am proud to announce I'm running for governor of New Jersey.”

Wisniewski will be joined in the race for New Jersey governor by Democrat Phil Murphy and Republican Assemblyman Jack Ciattarelli.