Johnson & Johnson's COVID-19 vaccine is protective, but may be less effective against South African variant 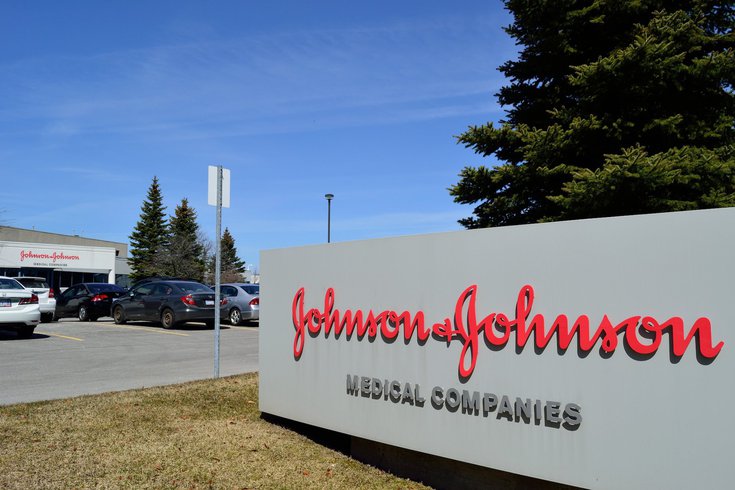 Johnson & Johnson plans to apply for emergency authorization of its COVID-19 vaccine in early February. If granted by regulators, the U.S. would have three coronavirus vaccines available.

A single shot of Johnson & Johnson's COVID-19 vaccine is 66% effective at preventing moderate to severe illness, according to the results of a global clinical trial.

That is significantly lower than the efficacy rating of the two vaccines currently being administered in the United States, but higher than thresholds considered useful. And with contagious mutations emerging, scientists say inoculating people as quickly as possible will lessen the chances that a variant emerges as the dominant form.

"This is the pandemic vaccine that can make a difference with a single dose," Dr. Paul Stoffels, the chief scientific officer of Johnson & Johnson, told the New York Times.

The New Jersey-based company plans to apply for an emergency use authorization from the U.S. Food and Drug Administration in early February. The vaccine could be authorized by the end of the month, helping to expedite the U.S. immunization effort.

The results of Johnson & Johnson's Phase 3 trial show the vaccine is 85% effective at preventing severe disease. None of the vaccinated study participants were hospitalized with COVID-19 after 28 days.

The vaccine proved effective among all adult age groups and did not prompt any safety concerns. But there were notable geographic differences.

The vaccine was 72% protective in the United States and 67% effective in Latin America. But it was just 57% effective in South Africa, where a concerning variant is now the predominant form of the coronavirus.

These results, which stem from a 44,000-person trial, indicate the vaccine may be less effective against the South African variant. That falls in line with data released on the Pfizer-BioNTech and Moderna vaccines — the two COVID-19 shots authorized by U.S. Food and Drug Administration.

Novavax released data Thursday showing its vaccine is 89% effective, but it was only 49.4% effective in a small trial conducted in South Africa.

The first U.S. cases of the South African and Brazilian variants were detected earlier this week in South Carolina and Minnesota, respectively. The United Kingdom variant has spread to at least 28 states. They each are considered more contagious than earlier forms of the virus.

"This one shot vaccine was highly effective at preventing severe disease, even with new variants," said Gottlieb tweeted. "The milieu of disease now is more complex; even in U.S. — trials done today are running into more mutated cases. Make no mistake: this is an important and wonderful development.

"What we see now is that the vaccines may still afford measurable, albeit reduced protection," he added.

The overall effectiveness of Johnson & Johnson' vaccine is much lower than the efficacy ratings the Pfizer and Moderna vaccines, which each proved at least 94% effective. But Johnson & Johnson is exploring whether a second dose would make its vaccine more effective.

Still, scientists say the Johnson & Johnson vaccine offers a logistical advantage to the others. It does not need to be kept in freezers, but can be stored in refrigerators for up to three months.

"The policy implications of having three different vaccines with different levels of efficacy are huge," Carlos del Rio, an infectious diseases expert at the Emory University School of Medicine, told STAT. "To deal with this pandemic and stop the spread, I think you use all the tools in the toolbox."

Johnson & Johnson has signed a $1.5 billion contract with the federal government to deliver 100 million doses by the end of June, if its vaccine is authorized.

Moderna and Pfizer have agreed to provide a combined 400 million doses — enough to inoculate 200 million people — and the Biden administration is working to purchase 200 million additional doses.