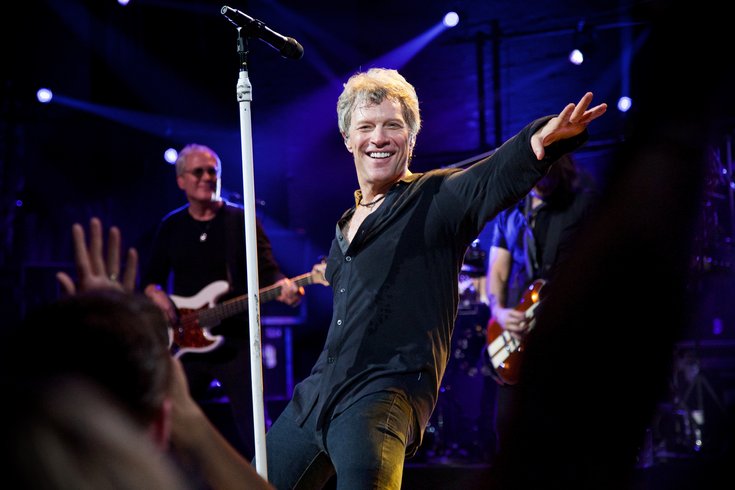 Jon Bon Jovi met a 19-pound lobster named after him on Saturday, giving the song "Rock Lobster" a whole new meaning. All seriousness aside, with his new name, Bon Jovi, will the lobster sing "Livin' on a Prayer" to the other lobsters for emotional support?

Bon Jovi, the man, was doing an in-store promotion at a Long Island supermarket for his new rosé, Hampton Water. He crafted the wine with his son, recent graduate of the University of Notre Dame, Jesse Bongiovi, 23. The rosé has received critical acclaim, and according to Bongiovi, the rosé got its name from a running joke he has with his friends. Apparently, people drink so much rosé in the Hamptons, they call every rosé "Hampton water."

RELATED READS: Dennis will be back for the new season of 'It's Always Sunny in Philadelphia' after all | ANTIFA protesters confront conservative activists Charlie Kirk, Candace Owens at Philly restaurant |Penn, Bon Jovi, Eagles help to save Ben Franklin's gravesite damaged by pennies

According to the website, the rosé is made in the south of France, and includes a blend of Grenache, Cinsault and Mourvèdre grapes. If you want to try the wine, it’s available at several locations around Philadelphia, including Wegman’s in Cherry Hill, N.J. For a more detailed list, check out their site.