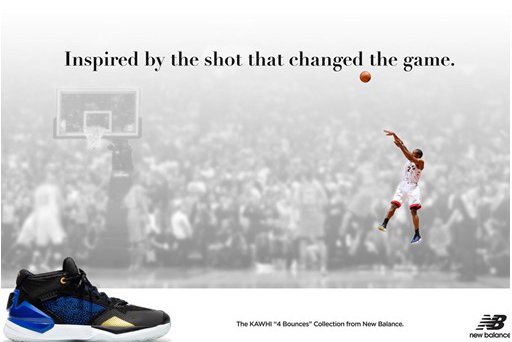 Los Angeles Clippers star Kawhi Leonard will release his '4 Bounces' signature New Balance shoe on Aug. 20. The design references his buzzer-beating shot over the Philadelphia 76ers in Game 7 of the 2019 Eastern Conference Semifinals, which helped lead the Toronto Raptors to their first NBA title.

The Philadelphia 76ers will look to get back on track Wednesday night by evening their first round playoff series with the Boston Celtics.

The last thing Sixers fans need right now is a reminder of playoff despair, but it's becoming clearer by the day that last season's miserable Game 7 loss to the Toronto Raptors was as monumentally bad as it felt.

or even the bounce shot that Kawhi did to sixers in east semis game 7???, yall know that game 7 is the decider which team going to next round or even become a champion. pic.twitter.com/ugV5rgeO5d

Even though Kawhi Leonard is now with the Los Angeles Clippers, his personality evidently is so wrapped up in his buzzer-beating shot against Philadelphia that he decided to brand himself around that painful moment in Sixers history.

The KAWHI '4 Bounces' is inspired by his game-winning shot against the 76ers last year pic.twitter.com/92FGfjjmBa

They even made a video that mercifully blurred out Ben Simmons and Joel Embiid chasing Leonard down.  In case you were wondering, this product wasn't just the work of a remote marketing team. In an interview with Fast Company, New Balance global director of consumer marketing Pat Cassidy explained that Leonard was heavily involved in the design process.

“To his credit, Kawhi is hyper-involved on a daily basis,” Cassidy said. “The stuff you’re going to see from the Four Bounces marketing, Kawhi’s fingerprints are all over it. Same with the shoe design. Our partnerships work best when that’s how it is.”

On the bright side, it helps to buy into the idea that the Game 7 loss was one of those formative playoff moments that will drive Simmons and Embiid to another level through the rest of their careers. We can only hope it doesn't haunt them forever.

In any case, Joel Embiid's new Under Armour sneaker is much cooler, so there's that.