The 76ers GC X CHOP 2K Showdown costs just $10 to join, and all the proceeds will go to Children's Hospital of Philadelphia. 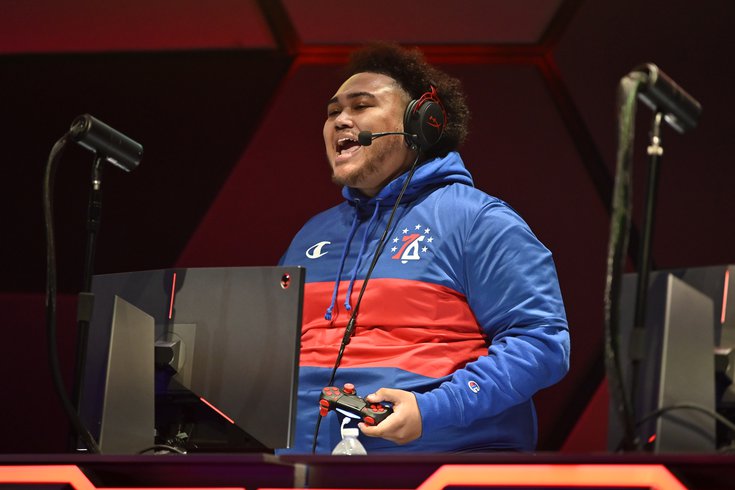 Ever wonder just how good you are at your favorite video game?

Sure, you beat up on your friends. You clean up online and leave your opponents throwing their controllers across the room. You might even call yourself "a gamer." Now, you can put your money where your mouth is.

And it's for a good cause.

“With deep roots in Philadelphia and influence across the country, Children’s Hospital of Philadelphia is one of the nation’s top children’s hospitals and we are thrilled to raise funds to support their work,” said Kathryn Alario, Vice President, Marketing, Philadelphia 76ers. “In our continued effort to engage with our fans and the gaming community in exciting and impactful ways, we look forward to hosting the 76ers GC X CHOP 2K Showdown Powered by Nerd Street Gamers. This tournament marks the beginning of our partnership with CHOP and is the first of many meaningful activations to come.”

The tournament, which is open to all NBA 2K players, will require a $10 entry fee per person, which each player can direct to any area of the hospital (such as the Cancer Center or Cardiac Center) and can increase their donation by sharing their individual link with family and friends and asking them to contribute as well.

“We are thrilled and grateful for this new partnership with the 76ers Gaming Club and Nerd Street Gamers,” said Monica Taylor Lotty, Executive Vice President and Chief Development Officer at CHOP. “We appreciate the gaming community coming together virtually to support critical research and patient care at our hospital.”

How much money could this tournament raise for CHOP? Well, that remains to be seen as there's no limit on the number of people who can register to join. Those looking to enter the 76ers GC X CHOP 2K Showdown should make sure their team consists of three players, and each game will take place in park mode using the 3-vs.-3 format.

With no limit on the number of teams in the tournament, there could be a massive field. Day 1 (Sept. 13) will feature group play, with the playoff rounds taking place the following day. 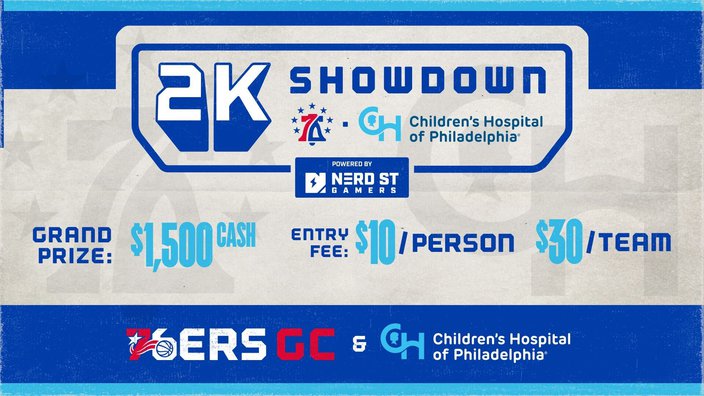 Given the open format of the tournament, it's a great chance to test your skills against a wide variety of amateur gamers with varying skill levels.

But, with people being locked in their houses and apartments all summer, the term "amateur gamer" might not mean much as it used to — there plenty of quality players who didn't make the 2K League. Couple that with the fact that this area has become quite the hotbed for esports in recent years. For example, a full-on esports arena is in the works in South Philly to host the Philadelphia Fusion.

Philly is also home to companies like Nerd Street Gamers, which has since spread around the country into a nationwide network of esports facilities and helps make it easier for the average gamer to get involved in esports by both developing talent and hosting tournaments.

“We are proud to power the 76ers GC X CHOP 2K Showdown tournament and help bring gamers together during these uncertain times,” said John Fazio, founder and CEO of Nerd Street Gamers. “Especially as esports continues to grow in popularity, we can find common ground through these types of initiatives that do good for our communities. And this event is even more special to us as Nerd Street Gamers is based in Philadelphia, so it’s an honor to partner with other local organizations to help raise funds that support meaningful causes in our city.”

So find two friends and sign up. Who knows, you could win $500 each. Or maybe you impress enough to get an invite down to Nerd Street. At the very least, you'll be raising money for a good cause — and will probably have a bit of fun in the process.