The starting bid for the Black Mamba's authentic high school uniform is $50,000 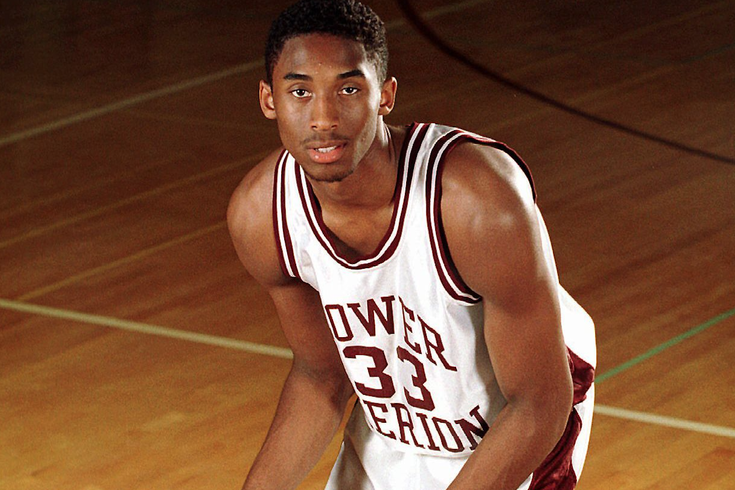 If you've ever wanted to own Kobe Bryant's Lower Merion High School jersey, now is your chance. But it's going to cost you a pretty penny to make it happen.

The Black Mamba's authentic, game-worn home white jersey from his playing days on the Main Line is up for auction with a starting bid of $50,000. The jersey is being auctioned off by Lelands, a New Jersey-based auction house.

The jersey was first given to one of Bryant's former agents, who then passed it down to a former NBA player. The uniform was then gifted to the consignor. The jersey comes with a note from the consignor explaining how he came to own the uniform.

The jersey has been given an A10 certification by MEARS, a memorabilia evaluation company that uses a grading scale of 1-10 when evaluating authentic uniforms. Points are awarded for characteristics such as lettering, numbering, size and materials. Points are subtracted for condition and restoration issues, as well as other inconsistencies with the jersey.

An A10 certification is described as the following on the company's website:

"Manufactured characteristics of the jersey have been compared to known authentic examples and are consistent with respect tagging, lettering, numbering, size, patches and/or memorial bands, materials, style, buttons, zipper, etc. Each piece is also evaluated on the degree of evident use and wear, which must be consistent with that of the player, sport, position, field of play and duration of use. No negative traits can be found to receive this grade. The jersey must be complete, unaltered, all original and show optimal wear while remaining in the same condition as last worn by the player."

The auction for Bryant's jersey started this past Sunday and will close June 4. Bids for the jersey can be submitted online.

Bryant was born in Philly, but grew up overseas as his father continued his own professional basketball career in Italy.

The five-time NBA champion, however, did not wear No. 33 at the professional level. The same number had been previously worn by Hall of Famer Kareem Abdul-Jabbar and was retired by the Los Angeles Lakers.

Bryant famously wore No. 8 and No. 24 during his 20-year NBA career, both of which have since been retired by the Lakers.

The Black Mamba remained connected to his alma mater after his high school career ended. Bryant was a benefactor to the school, and Lower Merion's gym is named the Kobe Bryant Gymnasium.

Bryant, his daughter Gianna and seven other people were killed in a helicopter crash in Calabasas, Calif., on Jan. 26, 2020. Kobe Bryant was 41 and Gianna Bryant was 13. The other victims in the crash were teammates on Gianna Bryant's basketball team, their parents and the helicopter pilot.