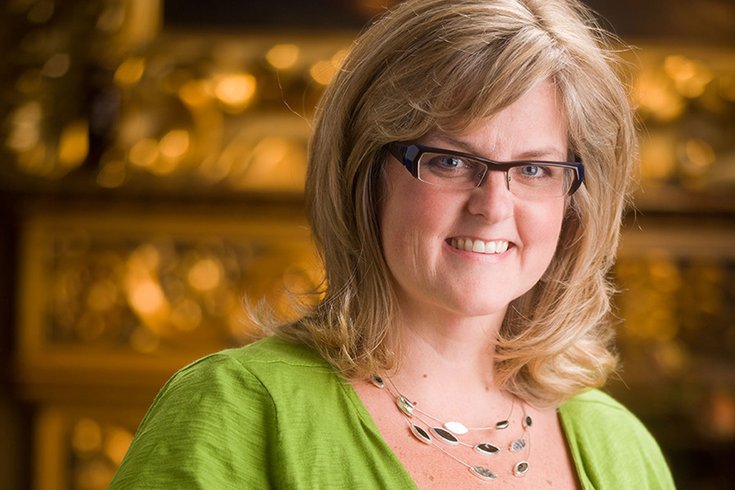 La Salle University announced today the appointment of its first layperson – and woman – as president.

The appointment was announced by William R. Sautter, '71, chair of La Salle's Board of Trustees.

"This is a pivotal moment in La Salle's history," Sautter said. "We are very pleased and excited to name Dr. Hanycz as the next President of La Salle University. She is an innovative academic leader with an impressive record as an agent of positive change. She is ideally suited to maximize La Salle's potential while continuing to honor our distinctive mission and values."

"This appointment extends the tradition of strong leadership at La Salle," said Brother Dennis Malloy, F.S.C., '74, M.A. '83, La Salle trustee, in a statement. "Dr. Hanycz is passionate about sustaining and enhancing the values and attributes that are central to the Brothers of the Christian Schools, such as commitment to academic excellence, a spirit of community, and an ethos of social justice and care for the most vulnerable in society—all of which are at the core of our Catholic Lasallian tradition. The Christian Brothers look forward to working collaboratively with Dr. Hanycz and the Board of Trustees as she takes office."

Hanycz, an attorney and administrative leader as well as a devout Roman Catholic, will formally succeed Brother Michael J. McGinniss, F.S.C., Ph.D., '70, who stepped down at the end of his term on May 31, 2014, after serving 15 years as president. James P. Gallagher, Ph.D., has been serving as interim president since June 2014 and assisted the University in its search for a new president.

"I am deeply honored and humbled to be appointed the next president of La Salle University," Hanycz said. "I have a deep appreciation for La Salle's exceptional values and its sense of purpose and mission. I attended a Lasallian high school, and I understand that the educational charism of the Christian Brothers emphasizes a commitment to academic rigor, a strong sense of social justice and service, and dedication to a transformational educational experience. I am eager to work with the entire La Salle community to build upon La Salle's strengths and to position it as a leading Catholic university."

Hanycz has served as President of Brescia University College in London, Ontario, since July 2008. She is the second lay president in the history of Brescia, a Catholic school that is Canada's only women's university, whe she grew enrollment substantially.

Hancyz earned a Bachelor of Arts (Honors) in history from St. Michael's College at the University of Toronto. She completed her J.D. at Dalhousie University and her LL.M. and Ph.D. at Osgoode Hall Law School.

Hanycz was recognized for her community contributions and educational leadership as a recipient of the Queen's Diamond Jubilee Medal in 2012, and she will be honored with the 2015 YMCA Women of Excellence Award later this spring.

On her Brescia profile page, Hanycz wrote: "Mark Twain believed that education should always be the ‘lighting of a fire’ rather than the ‘filling of a bucket.’ I assure you that sparks are being ignited every single day in Brescia classrooms...."