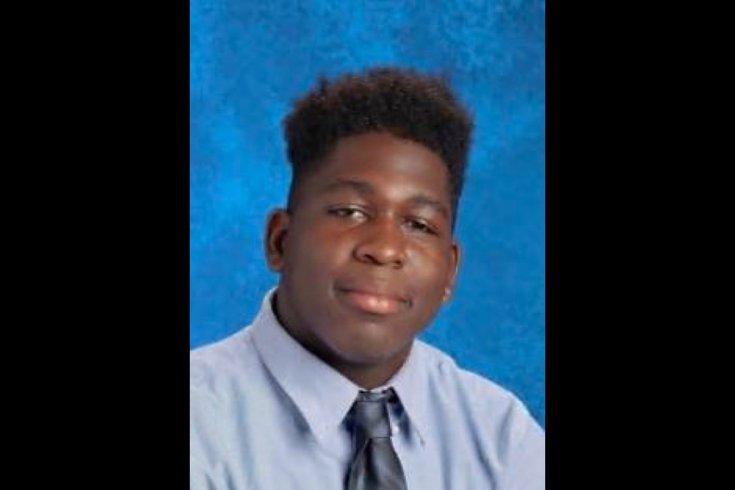 Isaiah Turner, 17, who died after football practice Friday, 'had a warm, inviting smile and was easy to be around,' La Salle College High School President James L. Butler says.

The La Salle College High School community is mourning the death of a two-sport athlete who died Friday after football practice.

Isaiah Turner, 17, of Philadelphia, was described as a friendly, good-natured student who played football and basketball for the Catholic boys school in Springfield Township, Montgomery County.

"Isaiah fulfilled the 'gentle giant' paradigm so perfectly," school President James L. Butler wrote in a letter to parents and families. "He had a warm, inviting smile and was easy to be around. Whether he was gathered with a hundred football players, a dozen basketball teammates or a select handful of Chinese IV students, Isaiah fit in easily, was loved and will be deeply missed."

Turner died of a "sudden, catastrophic medical event," Butler wrote. The exact cause will be determined by an autopsy.

Coach John Steinmetz told the Inquirer that Turner collapsed on a lower-level field after practice concluded Friday afternoon, complaining of a "pain or cramp" in his leg. He was pronounced dead at Chestnut Hill Hospital.

"We were honored to have Isaiah's mom and family join us as we prayed, reflected, reminisced and consoled each other with the special love this school engenders between teachers and students, coaches and players, parents and each other's sons," Butler wrote.

Ryan Wills, a senior teammate, said La Salle will dedicate its season in honor of Turner.

"I remember when I first met him, I was intimidated because he was so big," Wills told the Inquirer. "But he must have talked for two hours about some kids' TV show. He was always smiling, just a happy kid."

Another teammate, Samuel Joseph Brown V, paid tribute on Twitter, writing "we are going to make you proud."

#LLZ ❤️🕊 love you forever bro we got you . Ik your looking down on us and we are going to make you proud. ☝🏾 pic.twitter.com/hRZdNC12YM

Michael McCabe, an instructor who chair's the school's religion department, recalled Turner as "kind and thoughtful."

"My heart is heavy for his family, friends, teammates, and our community," McCabe wrote on Twitter.

“A gentle giant” for sure - kind and thoughtful as a student and a young man. My heart is heavy for his family, friends, teammates, and our community.

Grant Isaiah eternal rest, O Lord, and may Your light shine upon him forever. https://t.co/3REpxACGNI