Kobe Bryant’s childhood home in Wynnewood up for sale 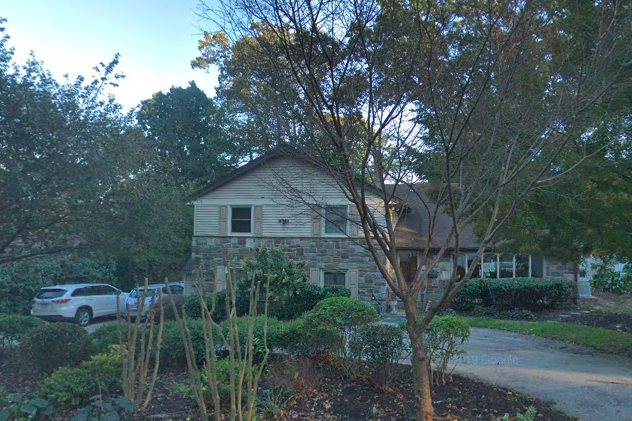 Kobe Bryant lived in this Wynnewood house while starring at Lower Merion High School from 1992-1996.

The late Kobe Bryant’s childhood home in Wynnewood is now on the market and up for sale.

The four-story house, located at 1224 Remington Road, is where the Black Mamba lived from 1992-1996 while he starred at Lower Merion Township High School in Montgomery County, according to the listing that was posted on Friday.

Maybe the best part of the property is that it still has the original basketball hoop which the Los Angeles Lakers’ legend used to shoot on as a teenager. That alone might be enough to convince one to buy the house.

Here’s how the home is described by the real estate agency in the property listing:

“Make your way up the circular drive and notice the serene landscaping and gorgeous flowerbeds. Upon entering the home you're greeted with a large living room that leads to the dining area. The kitchen boasts granite countertops and custom maple cabinets. Sliding glass doors lead out to the back patio overlooking the awesome AstroTurf yard - the private and serene setting is also accessible through the den. Speaking of the den...sit back, relax, and enjoy a program or book by the fireplace. This space also features a half bathroom. The lower level bonus room is a great additional space.”

Bryant was killed at the age of 41 in a January helicopter crash in Southern California that also claimed the life of his 13-year-old daughter, Gianna, and seven others.