Outdoor games capped at 250 people – including players and coaches 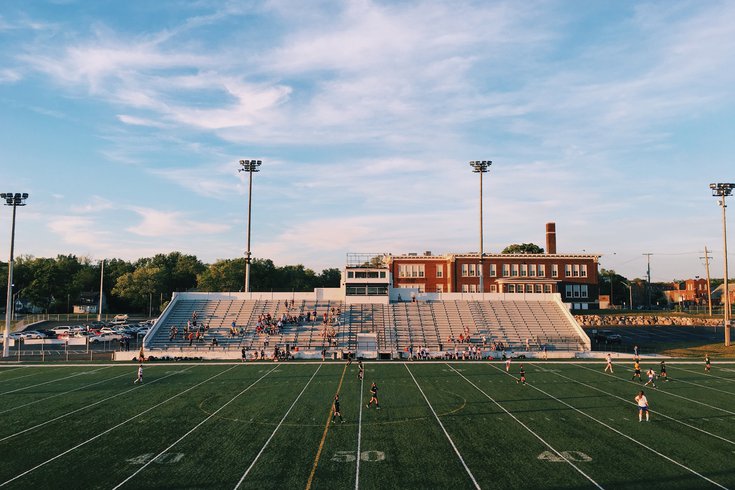 Pennsylvania is allowing fans to attend high school sporting events, but capacity limits will be in place. No more than 250 people, including players and coaches, may gather for outdoor games. Indoor games are restricted to 25 people.

Sporting events must still abide by Pennsylvania's limit on public gatherings – and that could make it difficult for some indoor sports to have any fans present, the Associated Press reported. Football games also could feel the numbers crunch, particularly if schools bring marching bands.

No more than 25 people – including players, coaches and other athletic personnel – will be allowed at indoor games like water polo and girls volleyball. Outdoor contests will be capped at 250 people.

Fans must wear face coverings unless they are outside and able to practice social distancing. Face masks must be worn at all times indoors.

The Pennsylvania Interscholastic Athletic Association is in "full support of spectators attending contests," spokesperson Melissa Mertz told the AP. But she acknowledged the challenges that the capacity limits may pose.

"Schools might have to be creative if they have large teams, bands and cheerleaders," Mertz said.

The fall sports season kicked off last week following a two-week delay. The PIAA Board of Directors voted to proceed with the season, despite Wolf calling for sports to be pushed back until January. The organization left school districts to decide whether to participate in the fall sports season.

The Philadelphia Public League and the Philadelphia Catholic League are among several leagues that called off their fall sports schedules due to the COVID-19 pandemic. So have the Central, Del Val, Inter-Ac and Friends School leagues, which all include schools in the Philly suburbs.

By contrast, the Suburban One League, which includes schools from Bucks and Montgomery counties, is moving forward with fall sports.