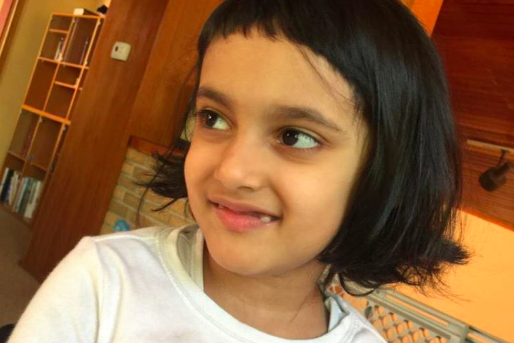 Eliza Talal, 5, went missing from her family's home in Lansdale, Montgomery County, in the middle of Tropical Storm Isaias. After an extensive search, her body was found Wednesday near a creek, Towamencin Township police said.

A five-year-old girl who went missing from her home in Lansdale during Tuesday's tropical storm was found dead Wednesday, officials confirmed.

Eliza Talal's body was found by a community member around 10:40 a.m., Towamencin Township Police Chief Tim Dickinson said during a press briefing. The girl, described as having autism and being non-verbal, was located in foliage next to a creek that flooded.

Talal went missing around noon Tuesday – the height of Tropical Storm Isaias, which caused extensive flooding and damage across the Delaware Valley.

Police said the girl apparently left her home on Spring Valley Road in Lansdale, prompting a massive search operation that involved multiple law enforcement agencies and volunteers in the community. The creek where her body was found is located behind the family's property.

Dickinson said there is "no direct suspicion" of foul play in Talal's death, but the investigation remains active and ongoing.

"We believe, based on the circumstances, that she left the house and somehow got into the water," Dickinson said.

During the search, authorities tried to ping an iPad that Talal took with her when she exited her home. The device was found under the porch of a neighbor's home, Dickinson said.

Authorities informed the girl's family of the discovery on Wednesday.

Dickinson said police were involved in at least 11 separate water rescues during the time period of the search.

Anyone with information relevant to Talal's disappearance is asked to contact Towamencin police at (215) 368-7606.