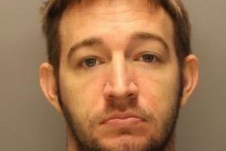 Brian Kieffer, 32, is charged with 40 felony counts related to human trafficking and prostitution of 16-year-old girl.

Officials in Montgomery County charged a Lansdale man Wednesday with 40 felony counts related to the alleged human trafficking and prostitution of a 16-year-old Hatfield girl.

According to prosecutors, 32-year-old Brian Kieffer, a former pilot, met the victim last August through a social media application when she was still 15 years old. Detectives from Hatfield Township and Montgomery County determined, after an investigation, that Kieffer allegedly began an unlawful sexual relationship with the girl.

After their initial meeting, investigators say Kieffer started posting online advertisements soliciting the teen for sex and renting hotel rooms for the purpose of facilitating sexual encounters. Kieffer allegedly handled communications with customers to discuss pricing and meeting times and transported the victim to and from appointments. In each case, prosecutors say Kieffer profited from transactions with customers.

Other charges against Kieffer relate to his alleged transportation of the juvenile to Philadelphia in order to obtain illegal controlled substances, including heroin and cocaine. He traveled with her to Florida on one occasion without her parents' knowledge or consent.

Kieffer was charged with eight counts of first-degree felonies and 32 counts of second- and third-degree felonies: trafficking in individuals/trafficking in minors, unlawful contact with a minor, participating in a corrupt organization, dealing in the proceeds of unlawful activities, sexual exploitation of children, prostitution and related offenses/promoting prostitution of a minor, concealment of the whereabouts of a child, unlawful use of a computer and other computer crimes, criminal use of a communication facility and corruption of minors.

If convicted, Kieffer could face a sentence of up to 411 years in prison. He is currently being held at Montgomery County Correctional Facility on a bail of $5 million.