The outspoken playwright, who died Wednesday, wrote a scathing review of the award-winning film 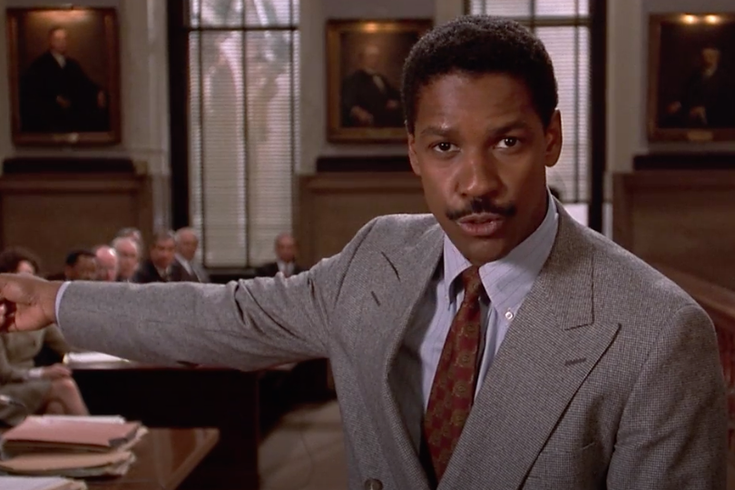 The late Larry Kramer wrote a critical review of 'Philadelphia,' for the Los Angeles Times, calling the 1994 film a 'dishonest' portrayal of the HIV/AIDS crisis and criticizing the acting of Tom Hanks and Denzel Washington.

Larry Kramer, a longtime writer and activist who sought to increase the visibility of the AIDS pandemic through art and protest, died Wednesday at age 84.

Kramer was the playwright of "The Normal Heart," a Tony-winning play centered on New York City's HIV/AIDS crisis in the mid-1980s, and the screenwriter for "Women in Love," a 1969 movie that received four Academy Award nominations.

He also founded the AIDS Coalition to Unleash Power, or ACT UP, a grassroots political group that began staging protests in the 1980s.

Kramer was known for the outspoken personality he brought to his political speeches, writing career and life. That personality particularly was evident in his criticism of the 1993 film "Philadelphia," one of the first major motion pictures to depict the HIV/AIDS crisis.

Kramer, who had HIV and lost a lover to AIDS in 1984, found the award-winning film "dishonest" in its depiction of the crisis and the people experiencing the disease.

In a review for the Los Angeles Times in 1994, Kramer called the movie "legally, medically, and politically inaccurate." He wrote that he "rather people not see it at all."

"For 12 years, millions of people – gays, people with AIDS, people infected with HIV, their families and friends – have been waiting desperately for a 'major' movie to deal with this plague in a mature fashion," Kramer wrote. "But 'Philadelphia' doesn’t have anything to do with the AIDS I know, or with the gay world I know. It doesn’t bear any truthful resemblance to the life, world and universe I live in."

Tom Hanks and Denzel Washington both won Oscars for starring in the legal drama, which was directed by Jonathan Demme. Bruce Springsteen's song "Streets of Philadelphia" won the 1994 Oscar for Best Original Song.

The film chronicled the plight of a Pennsylvania attorney who sued his employer for discrimination, alleging he was dismissed because he had developed AIDS. The movie's producers and writers were later sued by the family of Geoffrey Bowers, whose life partly inspired the film.

Kramer found it hard to believe that a Main Line law firm would violate the Americans with Disabilities Act, though that groundbreaking law had not yet been passed when Bowers died in 1987.

And he found the acting of Washington and Hanks incredulous. He wrote that Hanks' "makeup does his acting" and that Washington fails to convince the audience that his character is as slimy as the script suggests.

In the end, Kramer directed his anger at the political reality of his time. He closed his column by noting President Bill Clinton's lack of action in addressing the AIDS crisis.

"My fury is against the third silent President in a row who refuses to take a leadership position in ending this plague, thus allowing everyone else’s complicities in a monstrous cover-up that not only allows one lousy AIDS movie to be made in 12 years, but by the same token allows an entire world to look the other way," he wrote.