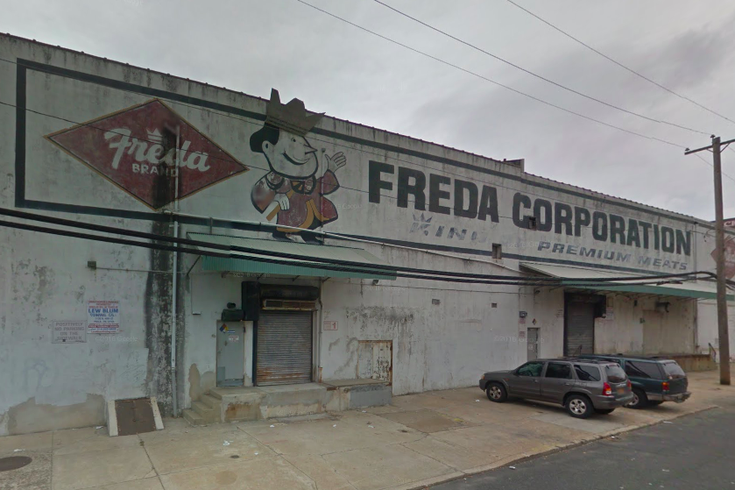 A proposed mixed-use project in South Philadelphia has Pennsport residents on edge over the developer's insistence that the entire plan is contingent upon the inclusion of a roof-mounted LED billboard.

The proposal to convert the Freda Meat Factory building at 1334 Front Street calls for a 48-unite apartment complex with a parking garage, four townhouses and 30,000 feet of commercial space, according to The Passyunk Post. A key piece of the project is a 120-foot-tall LED billboard to replace an existing advertisement that falls just short of visibility from above I-95's sound barriers.

A Tuesday night meeting of the Pennsport Civic Association became contentious when Keystone Outdoor Adverstising Co. and the project's development team told residents that the plan will not go forward without the billboard. Neighbors expressed concern that its placement atop the building will present an eyesore. The new billboard would be more than double the height of the existing advertisement at the meat factory.

The rest of the converted five-story building would include a mix of one- and two-bedroom market rate apartments. Developers are also considering a restaurant, gym or grocery store on the building's north side. Upper level commercial space would be reserved for offices.

Keystone Outdoor Adversting Co. is the owner of Freda Meats Factory, making the proposal a combined effort to revitalize the waterfront and ensure that shining advertisements are visible from I-95.