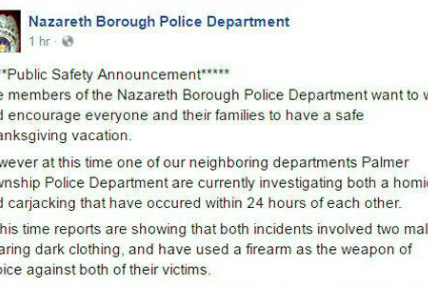 A Lehigh Valley police department found itself backtracking on a public Facebook post Wednesday morning after an officer used the message to promote exercise of the Second Amendment.

On Wednesday afternoon, an officer with the Nazareth Borough Police Deaprtment posted the following message on the station's official Facebook page, responding in part to a pair of violent incidents this week in neighboring Palmer Township. 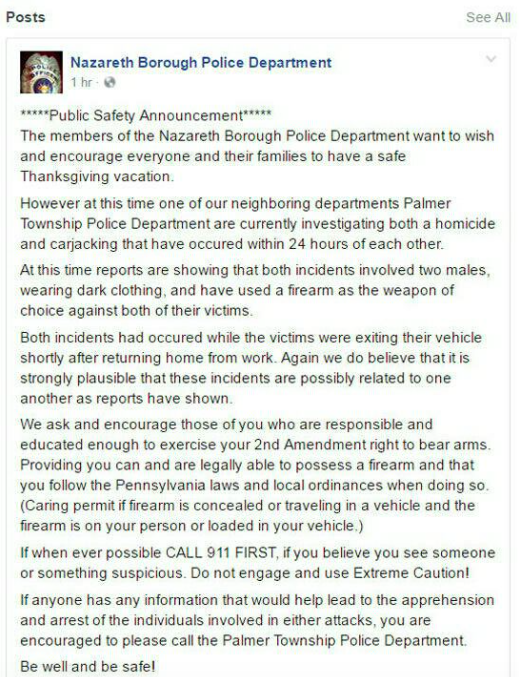 By Wednesday afternoon, the post had been removed and the department issued a statement explaining its decision.


According to The Morning Call, Nazareth police Commissioner Randall Miller learned of the post after receieving a call from the mayor. The post was removed out of concern that it might construed as encouraging vigilantism.

Wednesday's incident comes after a homicide and carjacking that investigators believe may be linked. Police have determined both victims were employees of a local Verizon store in Forks Township.