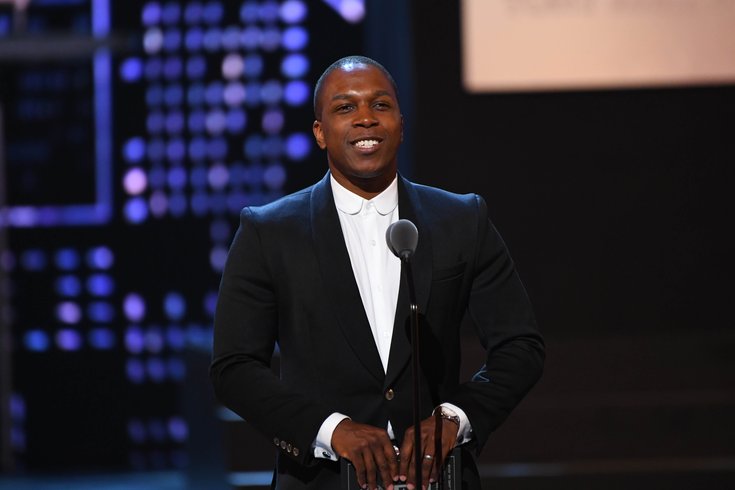 Leslie Odom Jr. presents the award for best performance by an actress in a leading role in a musical at the 72nd Tony Awards at Radio City Music Hall in June 2018. Odom and former 'Scandal' star Kerry Washington will be executive producers to develop a show ABC inspired by the pastors of One LA church in Los Angeles, California.

"Hamilton" star and Philadelphia native Leslie Odom, Jr. has his next project in the works with a TV pilot he will executive produce alongside Kerry Washington.

The untitled show is committed to ABC and takes inspiration from Touré Roberts and Sarah Jakes-Roberts, the power couple and real-life pastors at One LA, a popular church in Los Angeles.

The show follows pastors Leslie (played by Odom) and Hope as they struggle with the challenges of a blended family, all while their work for their church and online outreach helps unite different communities.

Writer Saladin Patterson, who has written for "The Last O.G." and "The Big Bang Theory" will devise the script for the multi-camera comedy.

“Kerry Washington is one of the most formidable artists of my generation. We've been searching for the better part of two years to find an idea about which we both felt passionate enough to dedicate ourselves," Odom said in a statement.

"I’ve gone to Toure’s church for over 15 years. He is a unique, contemporary and very necessary voice. We are thrilled that ABC is allowing us the opportunity to bring Toure and Sarah’s modern views to an even wider audience in what will be a joyful and hopeful 30 minutes every week."

Washington's Simpson Street production company, launched in 2016, also has produced works such as "Confirmation," on HBO, and the new Broadway production, "American Son."

Odom recently was in Philadelphia for a three-night event at the Kimmel Center alongside the Philly POPs to start the orchestra's 40th anniversary season.