As things stand, there's no formal inventory of the city's public-art collection 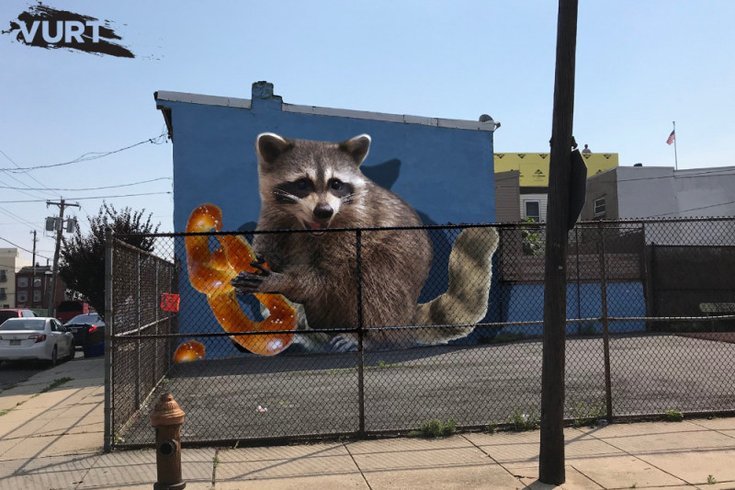 A Port Richmond woman raised funds to get this mural painted on her home.

Art has the capacity to inspire.

Having garnered global “mural capital” status, you can find inspiration more or less everywhere you look in Philadelphia. This really isn’t news to anyone who lives, works or visits the city. It's just how things have been for decades.

Still, after a GoFundMe campaign brought a mural of a raccoon eating a soft pretzel to Port Richmond, something arose that was news to me.

In order to do so, I would need a) a list of every mural in Philadelphia, 2) either a photo or an address to see it and 3) a set of criteria to delineate between those wall-bound pieces of art.

“The short answer is ‘no, there is not one comprehensive list of the over 4,000 murals that Mural Arts Philadelphia, or anyone else, has created in the 30-plus years,” noted Cari Feiler Bender, MAP's spokeswoman.

Bender also pointed out that the final tally is a rather fluid number, what with buildings getting torn down and old murals getting either decommissioned, restored or turned into something else.

“While Mural Arts Philadelphia has created about 4,000 murals in its history, we estimate only about 2,000 currently exists,” she said.

That's not to say there haven't been efforts to complete a full inventory before. While record keeping wasn't exactly a priority in past decades, MAP has tried building online databases before.

What you're talking about doing would give us a snapshot of the collection, and I believe there's a world of art that the public just doesn't know about." -- Jane Golden

One effort several years back isn't being maintained, so it's not online anymore. Internally, MAP sent interns out two years ago to catalog exterior murals for purposes of restoration.

As such, no murals located inside properties, or those created in the past two years, are on that list. (See July’s Kevin Hart mural, May’s squirrel-and-token debut, next year’s tribute to Ed Bradley and a litany of others.)

Feller estimated the internal list as covering some 80 percent of the Mural Arts (only) collection.

While there are resources through which the curious can track down many of the murals – via website and app – the idea of reviewing every last mural in town got a little more impossible.

In any event, we all have our favorite murals. Here are 10 of mine:

• the Dr. J tribute along Ridge Avenue near Spring Garden Street (and the 76ers inspired one at Broad and Federal)

• “Fairmount Waltz” at 29th and Parrish streets in Fairmount

• the Jackie Robinson mural near Broad and Somerset

• “Sanctuary” near 13th and Locust

• “A Message to the Child: The Hero can be Found,” 17th and Ontario streets

• and, of course, the eight-story “Common Threads” piece near Broad and Spring Garden.

Of course, all art is subjective.

My favorites may be different than yours, and that’s just fine. In fact, that’s great. 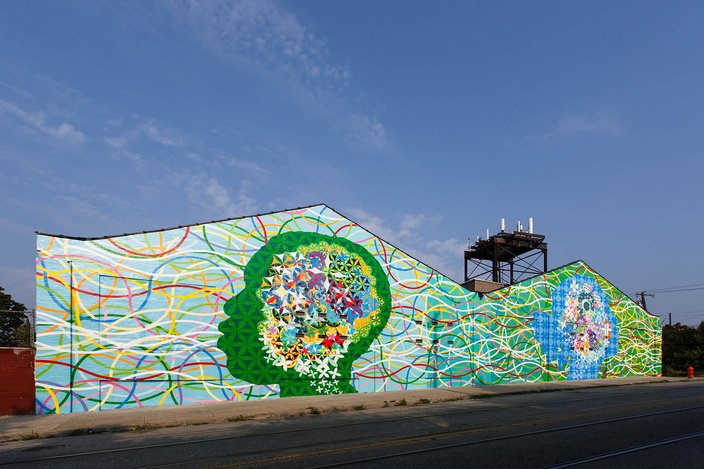 The 'Frequencies' mural in North Philadelphia by artist Benjamin Volta.

Learning that there’s no master list of murals in Philadelphia means that there very well may be pieces of public art flying under the proverbial radar.

As in, there may be some great works out there along lesser-traveled blocks, whether they be created by Mural Arts Philadelphia or other "rogue" murals.

With that in mind, the rank-the-murals idea (hopefully) became a crowd-sourced mission of recognition, and a call for readers to think about murals they regularly see that deserve more attention and share them far and wide.

Jane Golden, the founder and executive director of Mural Arts Philadelphia, loved the idea when I mentioned it to her on Monday night.

She noted that there's a "giant waiting list, probably almost 2,000" for new murals, and responding to the demand is a daunting, but rewarding, challenge.

"We're in a city where people want public art," she said of murals either through her program or from other artists, noting that she'd been to several new-mural dedications within the past week. "That's fantastic."

Also fantastic to Golden is any effort to help locate murals and other artwork that don't always capture the public eye.

"What you're talking about doing would give us a snapshot of the collection, and I believe there's a world of art that the public just doesn't know about," she said, noting that people are creatures of habit who don't tend to see most parts of the city.

"Art connects us all in an interesting way, through our commonalities," she continued. "Murals have become beacons, focal points, of our communities. They're a sign that people care.

"It would be great to see more of the variety out there. As Philadelphians, we should be proud of it. People are coming from all around the world to see the collection. Just Saturday night, someone came up to me at Whole Foods, asked if I was Jane Golden and told me that they moved to Philadelphia just because of the murals." 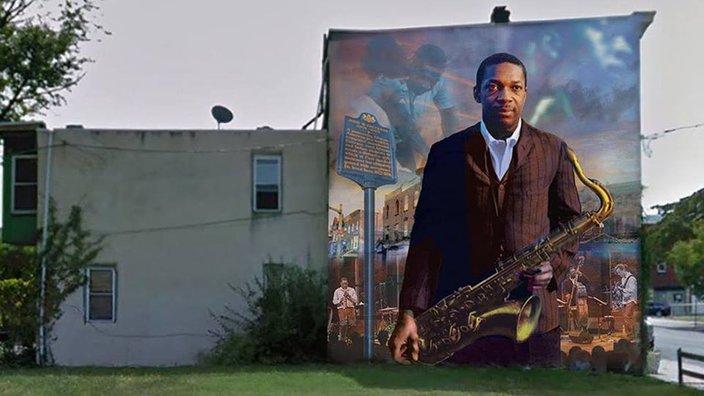 The new John Coltrane mural at 29th and Diamond streets.

So, here comes the ask: Do you know of any little-known pieces of public are that you can get into the mix here?

Do you have a favorite mural (whether from the Mural Arts collection or from local artists) that you don't think gets the attention it deserves?

Well, snap a picture of it and send it to us via Facebook, Twitter or email. (Subject line: "Unappreciated Mural" and please include the address where it's located).

It doesn't have to be a Mural Arts Philadelphia work, because many of them scattered across the city aren't.

Not only will it help draw attention to your favorite murals but, together, we can help fill the gap on that mural list.

And if we're successful in this mission, well, that's when we can start fighting over an arbitrary list that says one mural's better than another, when that's not the case to every beholder's eye.