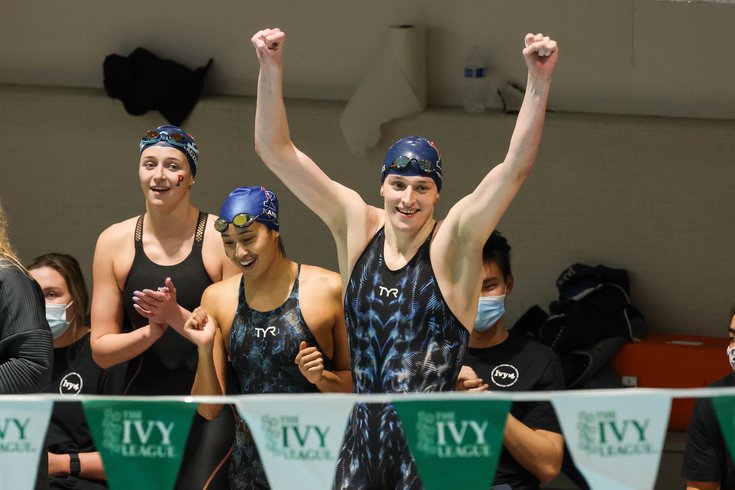 Lia Thomas, a transgender swimmer on the University of Pennsylvania's women's team, was the subject of an in-depth profile published by Sports Illustrated on Thursday.

Lia Thomas has been the subject of an enormous amount of media coverage as her athletic accomplishments ignited a heated debate over the inclusion of transgender athletes in women's sports.

The University of Pennsylvania swimmer hasn't done many interviews, but she addressed the controversy in profile published Thursday by Sports Illustrated, saying she wants to show other transgender athletes that "they're not alone" and "don't have to choose between who they are the sport they love."

The story details Thomas' transition, her athletic accomplishments and ambitions, and the conflict within the Penn women's swimming team. It was based on two interviews Thomas gave in January. The only other outlet Thomas has spoken to this season is SwimSwam, a niche publication based out of her native Austin, Texas.

"I'm a woman, just like anybody else on the team," Thomas said. "I've always viewed myself as just a swimmer. It's what I've done for so long; it's what I love."

Prior to joining Penn, Thomas had been a highly-sought after male swimmer at Westlake High School in Austin. She got several offers to join college programs that are more acclaimed than Penn's, SI reported.

But her first choice was always to become a Quaker. This was partly because her brother, Wes Thomas, swam there for four years. She had visited several times and met coach Mike Schnur, with whom she quickly built a strong bond.

Thomas spent three seasons with the men's team before taking a year off in 2020-21 to preserve her final year of eligibility. She came out as a transgender woman to her family after her freshman year, but did not tell her coaches until her junior year.

Thomas told SI that she first experienced feelings of gender dysphoria while a high school senior, saying she "felt off" and "disconnected" from her body. Those feelings intensified during her first two years of college, she said.

Thomas was breaking personal records and working to qualify for the 2020 Olympic trials, but she said she was struggling with her mental health to the point that she was missing classes.

Thomas originally had planned to put hormone replacement theory off until after college, fearing it could end her swimming career. But she was so unhappy that she decided to begin the therapy in May 2019, after her sophomore season.

"I did HRT knowing and accepting I might not swim again," she said. "I was just trying to live my life. She said her mental health improved almost immediately.

Now, Thomas is favored to win the 200- and 500-yard freestyles at the NCAA championships later this month, having set several records at the Ivy League Championships.

But her presence on the women's team has divided her teammates – and the swimming community. Earlier this year, several teammates put out an anonymous letter voicing their support. Several days later, 16 teammates anonymously penned a letter claiming she had unfair advantage.

Of the 37 members, six to eight are adamant supporters, SI reported. About half are opposed to Thomas being on the women's team, and another contingent that has shied away from the debate altogether.

Though many who oppose Thomas' inclusion say they are not transphobic, Thomas views the issue as much more black-and-white.

"The very simple answer is that I'm not a man," Thomas said. "I'm a woman, so I belong on the women's team. Trans people deserve that same respect every other athlete gets."