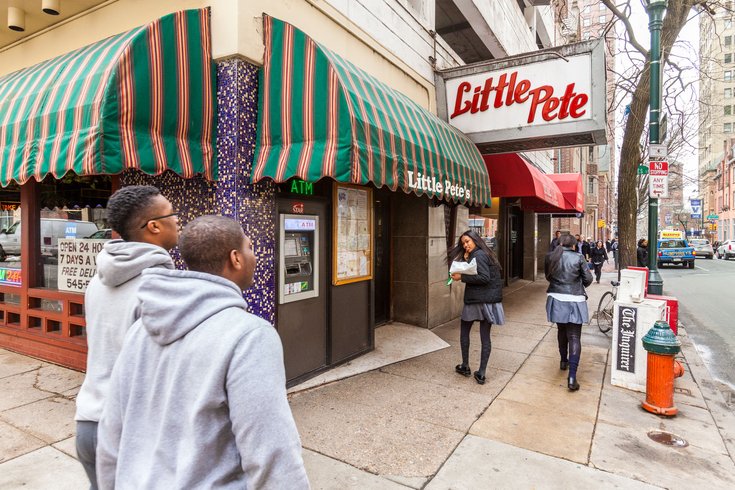 Late-night revelers and creatures of habit have long known the era of Little Pete's in Center City is drawing to a close, albeit in fits and starts.

The 24-hour diner at 17th and Chancellor streets has stood strong for more than 37 years but will almost certainly vacate the property before the end of August 2017, a member of the restaurant's staff confirmed.

Various hotel proposals by New York-based developer Hudson Hotels have threatened Little Pete's since 2014. A proposed Hyatt Centric Hotel would reach 13 stories and add another 300 rooms to the city's expanding list of downtown accommodations but at the expense of the ultra-convenient diner, a nail salon and a neighboring parking garage.

Renderings of the mixed-used hotel project were released last September as the proposal went to the city's Civic Design Review board. Plans call for an underground parking garage and 7,300 square feet of retail space.

Despite the diner's eventual displacement, owners Pete and John Koutroubas haven't ruled out the possibility of relocating to another nearby property in Center City.

Attempts to reach representatives from Hyatt Centric for an update on the progress of the hotel plans were not immediately returned.