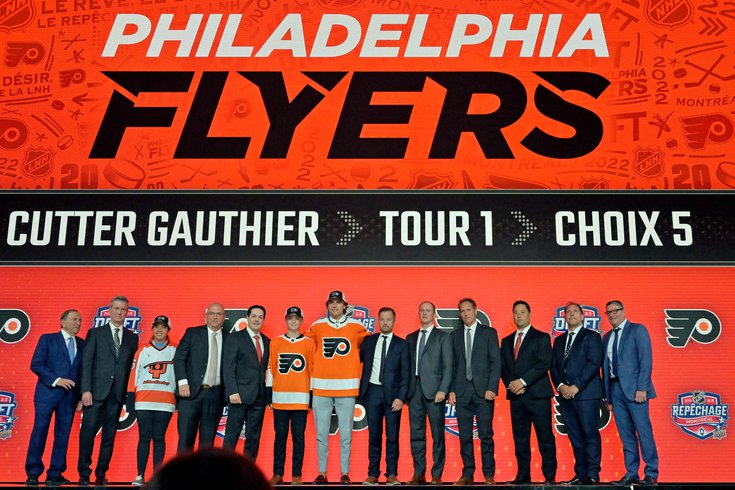 Forward prospect Cutter Gauthier poses for photos with Flyers staff after being selected fifth overall in the 2022 NHL Draft.

Check out our instant analysis on the Flyers' new forward prospect HERE.

The Flyers will take a big step in working toward being relevant and competitive again when they pick fifth tonight in the NHL Draft (assuming they keep their selection).

We've already broken down some mock drafts across the hockey world, looked into what this offseason could look like for the Flyers, and even got a peek at their upcoming 2022-23 schedule.

Here are all six of the Flyers' picks to use in the next two days:

All that's left is to sit back and see what Chuck Fletcher and company elect to do with their ammo during the first round and later rounds (tomorrow). Below is our live stream and open thread, where you can follow along with all the latest news, gossip, rumors and analysis as the newest slate of pro hockey players find employment over the next two days.