The John Tortorella era officially begins Oct. 13 at home against the Devils 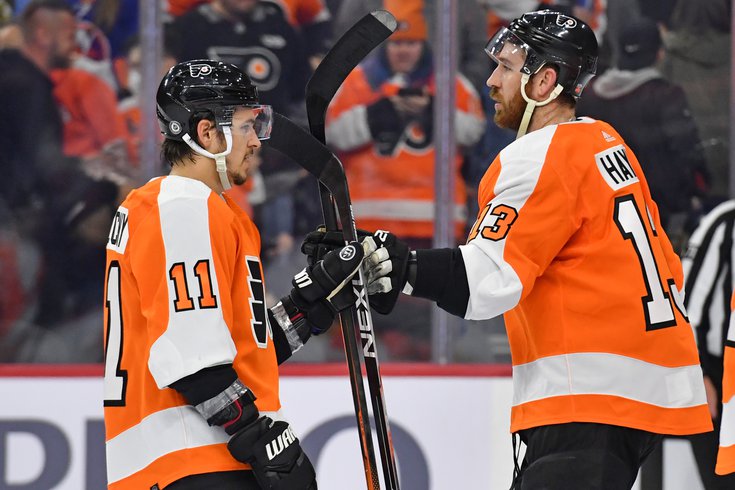 The John Tortorella era of Flyers hockey will get officially underway on Oct. 13 against New Jersey in front of the home crowd.

The Flyers' 2022-23 regular-season schedule was released Wednesday afternoon, confirming that the club will open its next campaign at the Wells Fargo Center for the third-consecutive season.

Their first matchup against the rival Pittsburgh Penguins is set for Black Friday (November 25) at home and will be one of just three contests against Pittsburgh this season. In order to ensure that all 32 of the NHL's teams play one another, the Flyers lost two divisional dates to the Penguins and New York Rangers, meaning they'll only play either three times, while still facing the rest of the Metro — Carolina, Columbus, New Jersey, the Islanders, and Washington — four times each.

The Stanley Cup champion Colorado Avalanche come to town December 5 and the annual Western Canada road trip is set for the middle of February, with a quick stop in Seattle (February 16) before a run through Vancouver (February 18), Calgary (February 20), and Edmonton (February 21).

There are a few key dates in the schedule that, fan interest-wise, are still to be determined as well.

Former captain Claude Giroux is at the end of his eight-year contract and while there is interest in returning to Florida, who made the move for him before this past season's trade deadline, Edmonton, Toronto, and his hometown Ottawa Senators are rumored to have entered the mix as well.

South Jersey product Johnny Gaudreau also reached the end of his contract with the Flames and it isn't certain if he'll remain in Calgary — The Flyers might have a shot at signing him, but it's a long shot.

The 2022-23 regular season slate concludes with a road trip to Chicago on April 13.

You can see the full schedule by clicking HERE or via the tweet below from NBC Sports Philadelphia's Jordan Hall.

General manager Chuck Fletcher and co. are hoping an "aggressive retool" can get the Flyers back on track after a disastrous 2021-22 campaign that was plagued by injuries and lethargic, uninspiring hockey.

The bad news is they may be entering next season shorthanded already. Defenseman Ryan Ellis is progressing slowly in his rehab and the club can't guarantee that he'll be ready for camp later this summer while winger Joel Farabee had sudden disc replacement surgery after he felt pinching in his neck from working out.

Goaltending prospect Ivan Fedotov also seems unlikely to join the club and backup Carter Hart as originally planned due to his extremely concerning situation in Russia.

The NHL Draft begins Thursday night in Montreal where the Flyers have the fifth overall pick.

Their preseason slate, which was released Tuesday, begins September 24 at home against Boston and can be seen in full HERE.