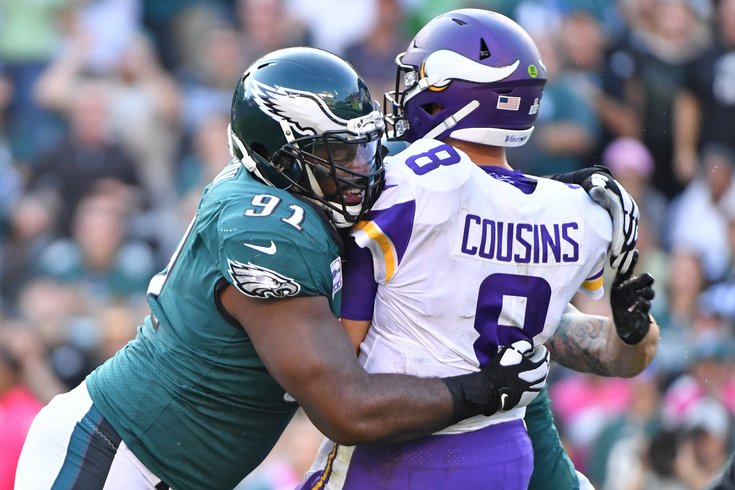 The Eagles could use some of this today.

After an outlook-changing Thursday night road win over Aaron Rodgers and the Green Bay Packers Week 4, followed by an easy win at home over the hapless New York Jets, the Philadelphia Eagles will try to make it three in a row in their first game of a rare three-game road trip against the Minnesota Vikings this Sunday.

As usual, the Eagles are very banged up. The Vikings are not, as they will only be without one starter, who isn't very good to begin with. Nothing new for the Birds here -- they'll have to overcome with depth at some important spots. You can find the final Eagles-Vikings injury report here.

And the strength on weakness matchups:

The Eagles could use a breakout day from Fletcher Cox.

The Eagles are three-point underdogs, which comes as a mild surprise. Here are our staff writer picks, and who some others around the country are picking in this matchup. For the gambling degenerates, you can find my Week 6 picks here.