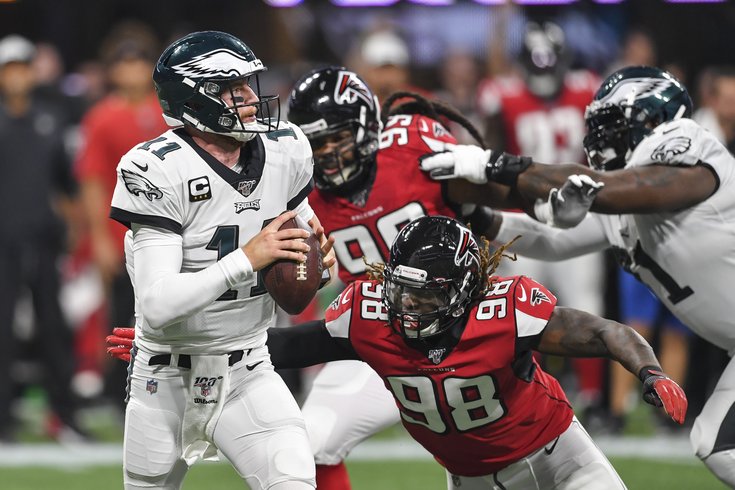 The Philadelphia Eagles got out to a 1-0 start Week 1 for the fourth straight season when they took care of business against a bad Washington team. Facing somewhat stiffer competition on the road this in Atlanta, they'll try to avoid taking their third straight Week 2 loss.

The Eagles were relatively healthy heading into Week against Washington, but the injury big has already begun to bite, as they'll be without DT Malik Jackson likely for the rest of the season. The Falcons also lost a key player Week 1, when starting rookie RG Chris Lindstrom went to IR with a broken foot. You can find the final Eagles-Falcons injury report here.

As we noted in our five matchups to watch, while the Falcons have their share of good players, particularly at the skill positions, they have their share of issues in the trenches on both sides of the football. The Eagles will look to get their pass rush jump-started after something of a disappointing start Week 1.

The Eagles are either 1- or 1.5-point favorites in this matchup, depending on where you look. Here are our staff writer picks, and who some others around the country are picking in this matchup. For the gambling degenerates, you can find my Week 1 picks here, not that you need them by now.

Feel free to discuss the game below: