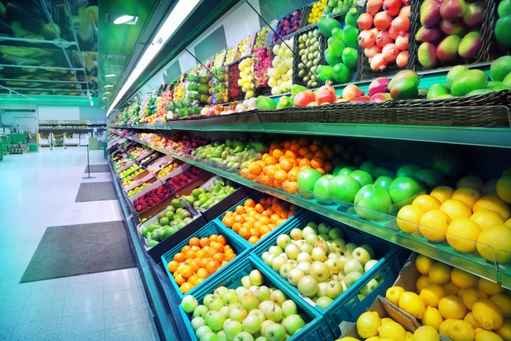 Food access in Philadelphia saw significant improvement between 2005-2013, according to The Reinvestment Fund, a community development financial institution.

The United States annually throws away nearly 40 percent of the food it produces. In 2010 alone, that amounted to 43 billion pounds of food valued at $46.7 billion, per the U.S. Department of Agriculture, an astonishing inefficiency that carries a host of environmental, economic and social costs.

Take those factors into account and the total value jumps to an estimated $161.6 billion per year, according the Johns Hopkins Center for a Livable Future.

With support from Brown's Super Stores, researchers from Drexel University, the University of Pennsylvania and Cabrini College sought out new ways to redirect the food stream at supermarkets, where fresh produce is quickly jettisoned to appeal to the cosmetic impulses of consumers.

Their research, published in the international peer-reviewed journal 'Food and Nutrition Sciences,' found that a whopping 35,000 pounds of surplus produce was collected from 11 supermarkets. An evaluation of their findings over a one month period suggested that applying similar programs on a national scale could significantly aid in the challenge of chronic hunger while simultaneously generating revenue and creating jobs. Via DrexelNow:

If the surplus produce was purchased for a reduced price of $0.25 per pound and was processed into value-added food products such as veggie chips, jams and smoothie bases, it could then be wholesaled back to the same supermarket or other community-based retailers for $2.00 per pound.

These products could then be retailed at double the price, the researchers estimate, generating more than $90,000 in monthly gross revenue, enough to support several employees at a family wage.

Using the Food System-Sensitive Methodology (FSSM), the researchers concluded that a national model of their preliminary results would yield about 1.1 billion pounds per year that could be repurposed and resold at higher value.

From an environmental standpoint, this type of coordinated effort would help divert food waste from landfills, which produces about 3.3 billion tons of greenhouse gasses each year, according to the Paris-based Consumer Goods Forum.

John Deutsch, director of Drexel's Center for Hospitality and Sport Management, summarized the mentality of the initiative best: "If I offered you a bruised banana, you probably wouldn’t be interested. But what if I offered you some banana ice cream on a hot summer day? I bet you’d find that a lot more appealing."