It's at 47th Street and Baltimore Avenue 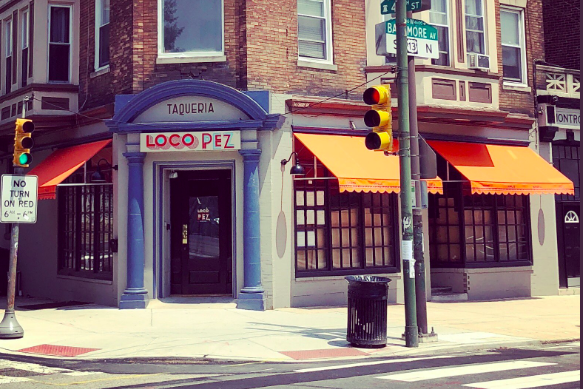 Loco Pez has opened a branch location at 47th Street and Baltimore Avenue.

Loco Pez, known for its $1 taco nights, has been working on this iteration at 47th Street and Baltimore Avenue for more than two years. West Philly Local reported the taco bar had a soft opening on Saturday.

Almost almost ready to go on Baltimore Ave. Here we are with awnings and sign. Soon there will be a $1 taco there too! #dollartacos pic.twitter.com/RPOnnihM5A

Another location is in the works in the Graduate Hospital neighborhood at 20th and Bainbridge streets that will hopefully be open in the fall, the Inquirer reported.

Loco Pez's menu, of course, features some great tacos (like my personal favorite, the salty and sweet al pastor). And it includes vegan and vegetarian options (mushrooms, seitan and spinach, soy chorizo), as well. But it also has some other L.A.-style, Mexican street food options like the street dog, nachos – all kinds of burritos and enchiladas.

Oh, and the tequila selection is pretty massive. You can check out their menu here.

After Honest Tom's Taco Shop went completely plant-based in June, vegans in the area rejoiced. But some meat eaters were not too happy they lost their favorite breakfast burritos in the neighborhood.

Maybe this could be the burrito brunch destination for mixed parties? We'll see how the West Philly crowd takes to it.