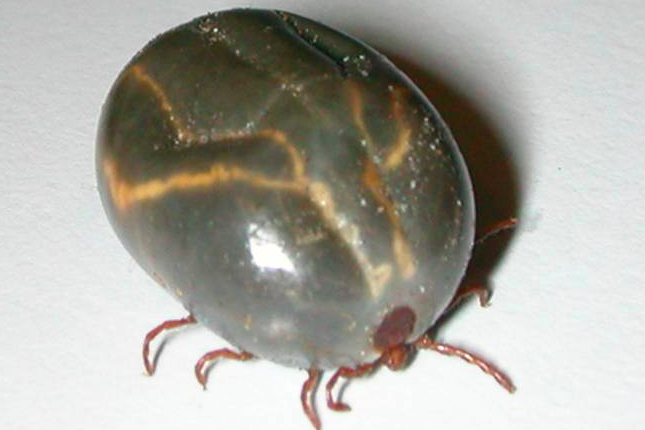 An exotic tick found on a 12-year-old girl in Bergen County may be a first-of-its-kind case in the United States, leaving researchers with questions about whether the invasive species will transmit disease among human beings.

Scientists believe the longhorned tick, a species native to China, Korea and Japan, first appeared in New Jersey in 2013. Specialists at Rutgers University collected the specimen from a dog in Union County. Also know as cattle ticks and or bush ticks, they are generally found on livestock and wildlife, though they also infest domesticated cats and dogs.

The discovery in Bergen County came after the 12-year-old child spent a day in Leona and Edgewater in early July, according to NorthJersey.com. When the girl's mother found the tick on her daughter's stomach, she took it to a neighbor who offers community education on ticks.

Officials with the New Jersey Department of Agriculture said the girl was not bitten by the tick.

Unable to identify the species, the neighbor sent the parasite to be analyzed at a lab in Colorado, where the girl's family hoped to determine whether it carried any dangerous pathogens.

In Asian populations, longhorned ticks have been known spread diseases including the SFTS virus and Japanese spotted fever.

The lab in Colorado determined that the specimen did not test positive for any pathogens, but that doesn't necessarily mean humans will remain immune to future diseases picked up as the tick spreads in the United States.

Researchers say the longhorned tick has been spotted in New York, North Carolina, Virginia and Arkansas.

New Jersey and Pennsylvania are among the states most heavily impacted by ticks and the danger of contracting Lyme disease. Longhorned ticks, which resemble common deer ticks to the naked eye, are dark brown and can grow to the size of a pea when filled with blood.

Rutgers researchers plan to continue following the spread of longhorned ticks to monitor whether they may eventually pose a public health threat.