Malik B., founding member of The Roots, dies at 47 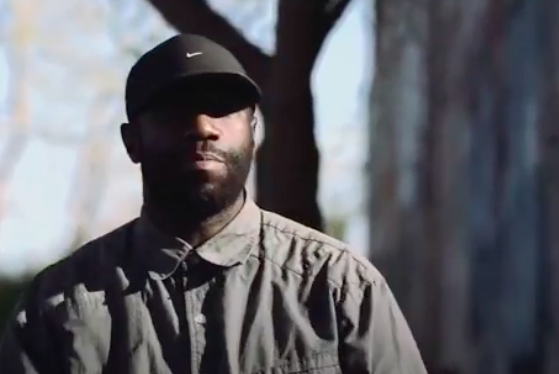 Malik B., pictured above, was a founding member of Philadelphia hip-hop group The Roots. He died at the age of 47, prompting an outpouring of tributes and condolences on social media.

Philadelphia native Malik Abdul Basit, a founding member of homegrown hip-hop group The Roots, has died at the age of 47, according to reports.

The news was first shared on Twitter by the former emcee's cousin, Don Champion.

Mourning my beloved cousin today. He was so talented and had a huge heart. I still remember when he and The Roots were starting out. He'd give me and my dad their cassette tapes to listen to. I miss you already, Mailk. #RIP ❤️ https://t.co/UMQeXJsWmf

The Roots later confirmed the news with a statement.

We regretfully inform you of the passing of our beloved brother and long time Roots member Malik Abdul Basit. May he be remembered for his devotion to Islam and innovation as one of the most gifted MCs of all time. We ask that you please respect his family in our time of mourning pic.twitter.com/NVHtb2CFWP

Performing under the name Malik B., Basit appeared on The Roots' first four records in the late 1980s and through the 1990s. He left the group after their 1999 breakthrough "Things Fall Apart," but is featured on several tracks on subsequent albums.
Malik B. also released a solo EP,  "Psychological," collaborated on an album with New York producer Mr. Green and was part of the Philadelphia rap collective Beard Gang.

The circumstances surrounding Malik B.'s death were not immediately known, but the Philadelphia hip-hop community and others shared tributes on Twitter on Wednesday afternoon.

Heartbroken to hear of the passing of Malik B, one of the greatest MC's to ever come from this city. He had his troubles for sure, but dude inspired a whole generation of us to touch the mic. Myself included. May he rest peacefully.

RIP to a real one and to someone whom I’ve known for a long time. Malik B we love you. Fly on my friend

rip to the great Malik B, this one hurts

"I fascinate as I assassinate, it's no task"

Malik B's verse from "I Remain Calm" had so much style in it. RIP. pic.twitter.com/Hrh0kAxKYY

Damn we lost another good one way too damn soon smh. My condolences to his family & friends💯RIP Malik B🙏🏼🙏🏼🙏🏼The 1st 4 #TheRoots albums he was on & his “Unpredictable” project prod by @greenhiphop were incredible man pic.twitter.com/bppN4G9W5I

RIP to Malik B from the Foundation aka the 5th Dynasty aka The Legendary Roots Crew! 🙏🏾

Black Thought, lead emcee for The Roots, shared a powerful statement on Instagram remembering Malik B.

We made a name and carved a lane together where there was none. We ressurected a city from the ashes, put it on our backs and called it Illadelph. In friendly competition with you from day one, I always felt as if I possessed only a mere fraction of your true gift and potential. Your steel sharpened my steel as I watched you create cadences from the ether and set them free into the universe to become poetic law, making the English language your bitch. I always wanted to change you, to somehow sophisticate your outlook and make you see that there were far more options than the streets, only to realize that you and the streets were one... and there was no way to separate a man from his true self. My beloved brother M-illitant. I can only hope to have made you as proud as you made me. The world just lost a real one. May Allah pardon you, forgive your sins and grant you the highest level of paradise. #MalikB #TheLegendaryRootsCrew

On the 2002 album "Phrenology," Black Thought wrote the song "Water" to honor Malik B.'s founding contributions to The Roots and the lasting personal influence he left.