The brewpub has survived multiple floods on Main Street, but the owner says the cost to rebuild its brewery this time is too much. The business will go on as a restaurant 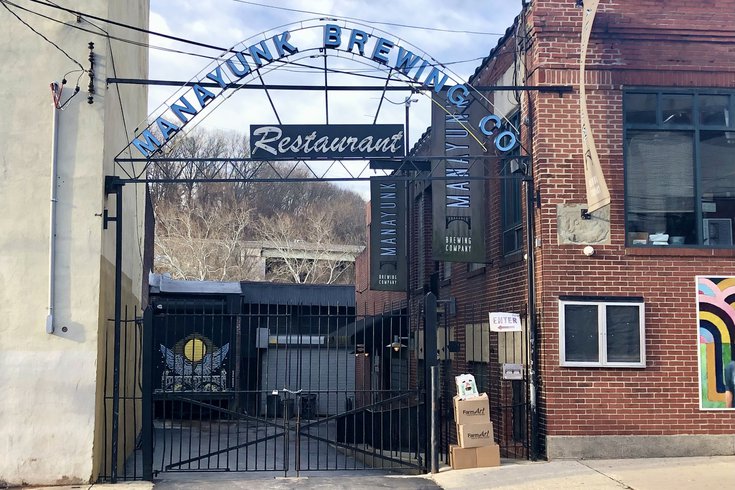 The Manayunk Brewing Co. was one of the first modern brewpubs in Philly when it opened in 1996, but owner Mike Rose has stopped brewing beer because of the cost to rebuild the brewery after it was damaged in the floods from Hurricane Ida.

In the wake of the serious damage it sustained when the Schuylkill River flooded during Tropical Storm Ida in September, the Manayunk Brewing Co. has decided to stop making its own beer.

The building had been flooded with more than 9 feet of water, causing, along with other damage, the brewpub beer tanks to tip over. They would have cost $500,000 to restore, owner Mike Rose told the Philadelphia Business Journal.

With that financial obstacle in the way of Manayunk Brewery continuing to produce its own craft beer, owner Rose decided to reopen simply as a bar and restaurant. The menu offers American-style pub fare and includes oven-fired pizzas, sandwiches and main plates like a meatloaf skillet. The restaurant's sushi bar remains, and plans for a deli station are in the works once the place is fully staffed.

PBJ reported that Rose is keeping the restaurant's menu limited for now since he's had difficulty hiring new workers in the current labor market. The bar features 16 craft selections on tap in an effort to continue to be a destination for the city's beer lovers.

In its history, Manayunk Brewing has produced more than 600 varieties of beer – often focusing on sours and India pale ales – some of which were canned in recent years and sold outside the brewpub at retail spots in Philly and the surrounding suburbs.

The remnants of Hurricane Ida was not the first storm to flood the brewpub, forcing it to close and make repairs, but Ida's floodwaters surpassed all of them in severity and damage.

"The most difficult part was just wrapping my head around it," Rose told PBJ. "I've done all the floods, but I wasn't ready for this one, really. I just didn't know what to do."

When Manayunk Brewery opened back in 1996, it was one of the first modern brewpubs in Philadelphia. Harry Renner IV, opened the place with his father, Harry Renner III, and got the idea from the Pike Place Market in Seattle, which has a brewpub on the ground floor below its farmer's market.

Rose, who worked at Manayunk Brewing from the time it opened and was the restaurants first manager. After the elder Renner was killed in a robbery at the restaurant on on Sept. 8 and then a couple years later his son died due to complications from surgery, Rose bought the brewpub.

At that time, craft beers weren't nearly as popular and certainly didn't constitute the national economic juggernaut they do today.

In a 2015 interview with the Inquirer, Rose said most of the business' revenue still came from the restaurant, but beer sales were steadily rising. It was the fruits of an investment a year earlier when Manayunk Brewing Co. installed new brewing equipment which expanded beer production from 1,800 barrels to 4,000 barrels.

At the that time the number of breweries in the U.S. were expanding rapidly, surpassing the all-time record for the number of active breweries set in 1873. The growth was fueled by the proliferation of small-scale microbreweries and brewpubs focused on craft beer.

This period of expansion in the industry began in 2005 and remained strong even through the Great Recession. But the industry saw a 9% decline in sales in 2020 during the COVID-19 pandemic, the first time it hadn't experience growth since the boom began. Still, 2021 was a good year for breweries in the Philly area.

Two Locals Brewing Co., the city's first black-owned beer brewer, debuted its first two brews this year. A number of breweries also opened second locations in and around the city this year. That includes New Jersey-based Source Farmhouse Brewery , which opened a new location in the former Fishtown Brewpub at 1101 Frankford Ave., and Kensington's Human Robot Brewery, which has expanded to another location at 208 Old York Rd. in Jenkintown.

Globally, the outlook for the craft brewing industry is positive according to a report from Fact.MR, a market research company. It found that the industry – which was worth $81 billion in 2021 – will grow to $89 billion this year and to $174 billion by 2032.

Note: The headlines and other portions of this article were edited and rewritten after it was originally published.