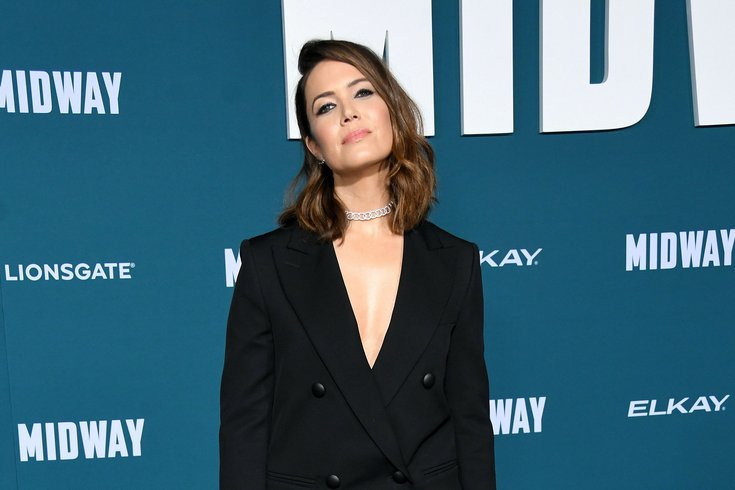 Mandy Moore was returning from a trip to Ecuador on an American Airlines flight when she realized she'd left her personal iPad on the plane after landing.

Actress and singer-songwriter Mandy Moore may be fabulously wealthy and famous, but on Friday she was just another airline traveler trying to figure out where she'd placed a valuable possession.

Moore, 35, was returning from a trip to Ecuador on an American Airlines flight when she realized she'd left her personal iPad on the plane after landing. Moore said in a tweet Friday that she'd managed to track the iPad to a lost and found lock box at Philadelphia International Airport:

Hey @AmericanAir! In midst of traveling home early and in a post-food poisoning haze, I left my iPad on the plane yesterday. I’ve tracked it to Philly and it looks like it’s in a lost and found lock box. I’ve filed a claim but would love your help!

That Moore's iPad found its way to Philadelphia is fairly fitting. Though she hails from further northeast, Moore has been starring in NBC's "This Is Us", in which her character's son, played by Sterling K. Brown, runs for a Philadelphia City Council seat.

(Of course, Brown's character runs for a council seat while living in Bergen County, according to PhillyMag, a plot hole as big as a Mack truck, but we'll let that go for now.)

This also makes you wonder: since airline employees in Philly were so hospitable, shouldn't Moore reciprocate the friendliness by putting Philly on her upcoming 2020 tour? Moore is stopping in Pittsburgh, Atlantic City, New York City, and Red Bank, but has no plans for a Philadelphia stop. Just saying!

Moore followed up her initial tweet three hours later, explaining that American successfully found her iPad and shipped it to her house:

In non-essential news, @AmericanAir has found my iPad and it’s being shipped home. I know it’s silly with all that is happening in the world, but thanks to all the kind folks who offered to help. Perfect sentiment to end the year with- thank u, friends! And thanks @americanair!

If you must lose something as valuable and personal as an iPad during holiday travel, doing it as a famous and recognizable actress with 2.4 million Twitter followers is probably the way to do it.