Gethard, a West Orange native, says parts of the album will only make sense to listeners who fully understand the state 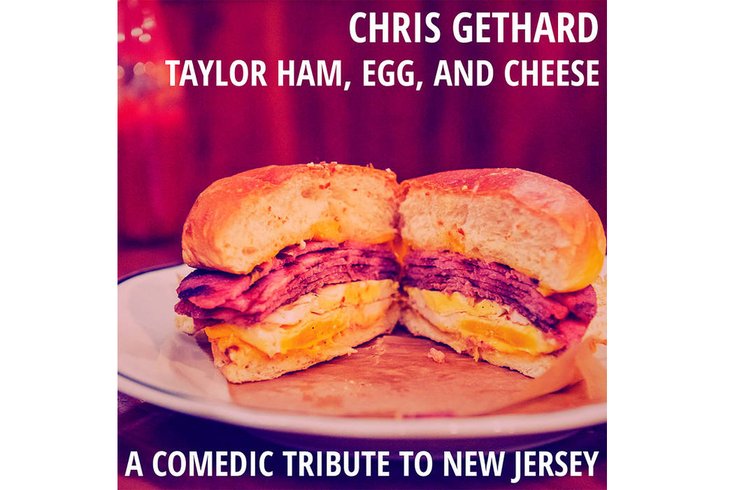 The album was recorded at the Asbury Park Brewery, according to Gethard, and features track titles like "New Jersey Diners," "Bayonne" and "Everyone In New Jersey Is A Little Bit Italian."

Outside of using the misguided term "Taylor Ham" instead of the more accurate "Pork Roll" for the title, Gethard seems to have nailed the state. For what it's worth, he unfortunately doesn't see things my way on the pork roll topic:

Best thing about early reception to my new album: Not only are 49 of 50 states totally excluded, even half of NJ itself is rebelling against me because I said Taylor Ham instead of porl roll. (Which half? The incorrect half.) https://t.co/7GGsQGefd9

Gethard, 39, who grew up in Essex County and attended West Orange High School, released a statement along with the album, which references a bunch of New Jersey-specific destinations and attractions.

"There are a handful of tracks that anyone anywhere will find funny, but a solid 50% of this album will be unfunny to people unfamiliar with Jersey, and may actually not make sense. There are certain jokes about specific landmarks or directions or behaviors that will sound like utter gibberish to people not from my home state.

"Most of this material was recorded the first time I ever said it out loud into a microphone. It was impossible to practice any of this before recording, since the only context where it makes sense is at a taping specifically for all-Jersey material. You can't go up at a club and workshop your bit about the Evil Clown of Middletown, you know? There were only three tracks that I was able to practice before recording: Medieval Times, Great Adventure, and New Jersey Discrimination. Outside of that, all of it was hail mary passes the night of the taping."

Really hoping @GovMurphy gives me some sort of medal of honor or something about my Bayonne joke. Stream the new Jersey album on Spotify at https://t.co/7GGsQGefd9 https://t.co/xZJ8tSoZh1

Murphy, who spent Wednesday signing a voting rights bill into law and addressing the third official impeachment of a sitting president in the history of the country, has yet to respond.