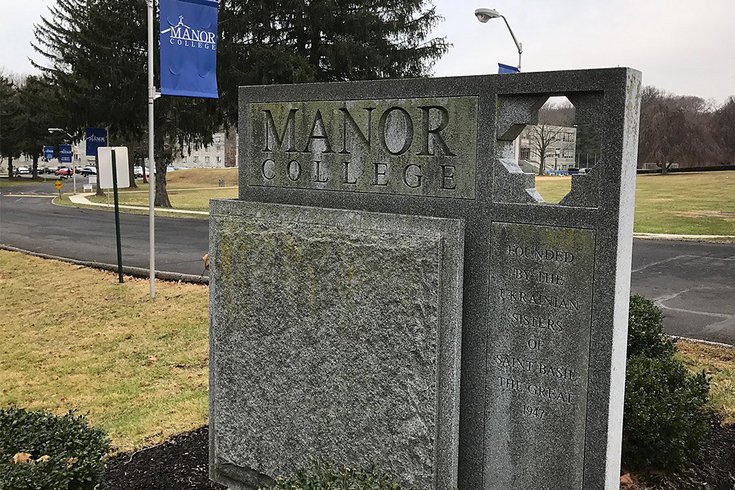 Manor College, which was founded by a group of Ukrainian nuns 75 years ago, will award Ukrainian President Volodymyr Zelenskyy its first honorary degree on May 12.

Manor College, which traces its roots to Ukraine, is among 15 schools that plan to present honorary degrees to Ukrainian President Volodymyr Zelenskyy this spring.

The Jenkintown college was founded in 1947 by the Sisters of Saint Basil the Great, an order of nuns that has maintained a presence in Ukraine since the 11th century. This marks the first time Manor will present an honorary degree.

Zelenskyy has led Ukraine's resistance to the Russian invasion. Since the war began Feb. 24, millions of Ukrainians have fled as Russian forces have bombarded cities in effort to seize the country.

"President Zelenskyy's humanitarianism and care for Ukraine's people is unparalleled in the contemporary world," Manor President Jonathan Peri said, adding that the conflict is a "needless war (caused) by Russian authoritarianism."

Iryna Mazur, the honorary consul of Ukraine to Philadelphia, will accept the degree on Zelenskyy's behalf during Manor's graduation ceremony on May 12. She called the opportunity "an incredible honor."

The other schools planning to present honorary degrees include Alvernia University in Reading and Chatham University in Pittsburgh.

Manor also has started a Ukrainian refugee scholarship for people escaping the war and is raising money to fund humanitarian efforts.

The war in Ukraine is a big focus at Manor because the college's ties to the country run deep.

In 1911, some of the Sisters of Saint Basil the Great were invited to Philadelphia by Rev. Solter Ortynsky, the first Ukrainian bishop in the United States. He needed their help aiding and educating the large number of poor, illiterate Ukrainian immigrants in the city.

They started an orphanage near the corner of Seventh and Parrish streets shortly after they arrived, but one sister, Mother Josaphat Theodorowych, had grander plans to educate the community.

In 1931, she led the sisters in founding the St. Basil Academy, a private Catholic girls school which still operates across the street from the college. After the sisters founded Manor in 1947, Theodorowych was the college's president for the first three years of its existence.

The Ukrainian influences at Manor have persisted over the last 75 years.

It is connected to the Ukrainian Catholic Church and has a Ukrainian Heritage Studies Center which includes a museum, a library and a folk art collection. It also has a Ukrainian studies program for students who want to learn about the country's language and history.