School District of Philadelphia selects Tony Watlington as next superintendent

The career educator, now in charge of the Rowan-Salsbury public school system, takes over the city's schools in June, replacing William Hite 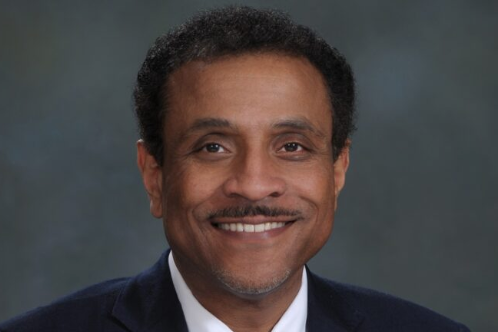 The School District of Philadelphia's six-month search for William Hite's successor concluded Friday with the Board of Education naming Tony Watlington as the next superintendent of the city's public schools.

Watlington, a career educator who took over the Rowan-Salisbury School District in North Carolina a year ago, will officially start the job on June 16.

Watlington has a five-year contract that will pay $340,000 annually. The contract includes a one-year renewal option, no incentive provisions, and requires him to live in Philadelphia.

"I'm excited to be here. I'm looking forward to listening and learning," Watlington said during Friday's livestreamed announcement that he had been selected for the job. "I bring a passion for student achievement and working with students in our communities. I wake up every morning asking myself one question … 'How are all the children?'"

"Tony is an individual who boasts classroom experience, success in instructional leadership, closing student achievement gaps, organizational efficiency and fiscal management, working in partnership with diverse communities and who can deliver equity in education," Wilkerson said.

Mayor Jim Kenney added, "Dr. Watlington is a great person to lead the work ahead and ensure that every child has the opportunities and support they deserve and can reach their full potential. With Dr. Watlington's leadership, I am confident we can work together as a city to ensure (our kids) success."

The transition process will begin immediately. Watlington will spend some time in Philly during the next couple months and said he hopes to be fully relocated here before June 16 – all while wrapping up his superintendent duties in North Carolina.

Watlington said his priorities in the early days of his tenure will be to tour the district and meet with school employees, learn about the conditions and challenges to improving aging school buildings and facilities and understand efforts to improve student academics.

The new superintendent takes over at a pivotal moment for the Philadelphia schools, as the district continues to recover from educational challenges caused by the COVID-19 pandemic and grapple with infrastructural problems like asbestos and reports of lead contamination in water.

The school district also is dealing with shortages of teachers, classroom aides, bus drivers, food workers and other essential employees as a result of the pandemic. Education officials have also called for more funding to help address student achievement gaps.

Watlington was born in Fort Dix, New Jersey, and was raised in a rural county south of Raleigh, North Carolina. But maintains ties to this region and frequently spend summers and holidays in Willingboro, Burlington County.

He is he youngest of seven children and is the first member of his family to attend college. Watlington's first jobs in education were as a bus driver and custodian, and he worked his way through college at North Carolina A&T. His teaching career began in 1994 as a high school history teacher in the Guliford County public schools in North Carolina, where he was named educator of the year in 1998.

Watlington has run Rowan-Salisbury – a suburban district with more than 18,000 students in 33 schools – since January 2021. Notably, since starting that job, Watlington raised third grade school reading levels in the district increased the number of schools in the district meeting state growth targets.

The Rowan-Salisbury School District was the first in North Carolina to implement a K-12 one-to-one technology program, providing Apple devices to all children for use at home and school.

Watlington was one of three finalists for the School District of Philadelphia superintendent position. John Davis, the chief of Baltimore City Public Schools, and Krish Mohip, the deputy education officer at the Illinois State Board of Education, were the other two. The candidate went through a series of public meetings with the school district community last month.

In the fall, Hite announced that he would be leaving in June after leading the school district for 10 years. He is set to become the CEO of the education nonprofit KnowledgeWorks, and serve as the inaugural superintendent in residence and executive fellow at the Broad Center at Yale University's School of Management.

Philly's superintendent hiring process commenced with a series of in-person and virtual listening sessions to get input from school district teachers, staff and parents. The district also circulated a survey that officials say garnered more than 6,000 responses.

Interviews with national and local candidates took place throughout the winter. The process was led by an advisory committee made up of representatives from the school district, charter schools, parents, students and other community stakeholders.

At one point, more than 400 people were under consideration before the pool of candidates was narrowed in February.