Anna Maria Tolomello, 48, allegedly hired a contractor to dig a hole before police found Giovanni Gallina inside their home 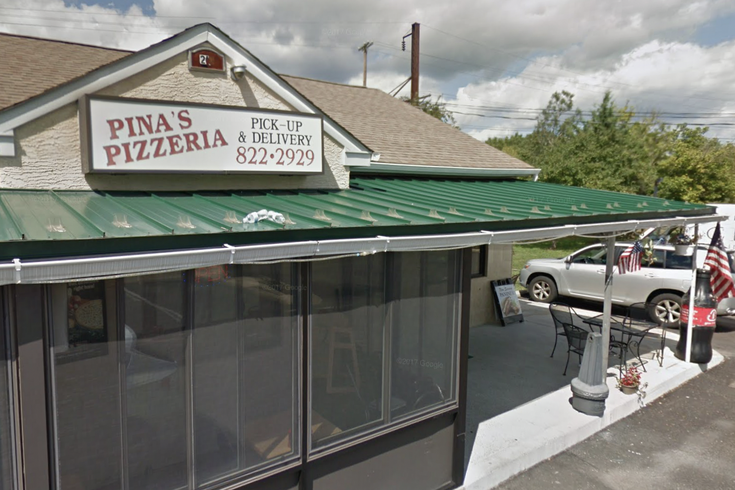 A 48-year-old pizza shop owner in Bucks County faces homicide charges in the fatal shooting of her longtime partner and co-owner earlier in March, prosecutors announced. The woman allegedly wrapped the man's body in a tarp and kept it in the master bedroom of a home in Hilltown Township, where prosecutors say she took steps to bury the remains.

Anna Maria Tolomello, the owner of Pina's Pizza in Chalfont, was arraigned Wednesday morning on charges stemming from the shooting of 65-year-old Giovanni Gallina. The incident allegedly happened on March 16 at the couple's home on Limekiln Pike, authorities said.

The investigation began when Gallina's son reported to police that he had not heard from his father and was unable to reach him. Tolomello allegedly told Gallina's son that his father was out of town "on business" and had left his cell phone behind, according to a criminal complaint. Tolomello refused to provide any details on Gallina's whereabouts and never reported Gallina missing.

On Tuesday, police met Tolomello at the couple's home to execute a search warrant.

When investigators arrived, Tolomello told police she knew why they were there and claimed that she killed Gallina in self-defense because he was strangling her, prosecutors said. She allegedly told authorities that Gallina's body was "wrapped up" in a bedroom in the home.

Investigators said Tolomello later admitted she had shot Gallina once in the head with a .38 caliber Smith & Wesson revolver.

During a search of the home, police found a large bundle wrapped in a blue tarp inside the master bedroom. The left side of Gallina's head had an apparent bullet entry wound where Tolomello said she had shot him.

The contractor's text message communications with Tolomello were subsequently monitored by police. 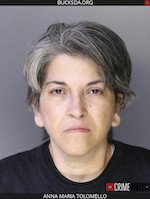 On March 29, the contractor arrived at the property on Limekiln Pike and used an excavator to dig a hole that measured seven feet long, three feet wide and three feet deep, according to prosecutors. The hole was dug about 20 feet from the home.

Another person told police that Tolomello had reached out to ask about "any tricks" for getting rid of a skunk smell in her garage, inquiring further about whether a local business sells incense.

Tolomello told police that after the shooting, she transported the couple's bloody mattress from the their bedroom to the dumpster outside the pizza shop on East Butler Avenue. She initially claimed that the hole in her yard was for a dog, but later admitted to authorities that it was for Gallina and that she also had called someone for advice to help cover up the smell inside the house.

An autopsy on Gallina will be performed by the Bucks County Coroner's Office.

Tolomello is charged with criminal homicide, abuse of a corpse, tampering with evidence, and possession of an instrument of a crime. She remains held without bail and a preliminary hearing is scheduled for April 19.