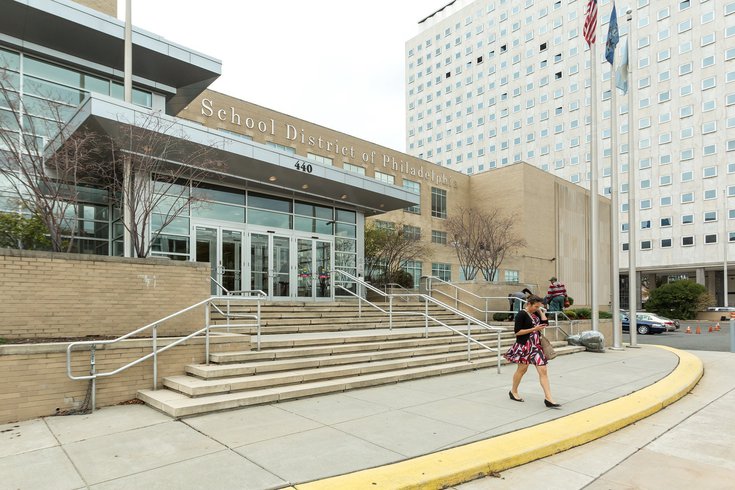 The School District of Philadelphia has announced three finalists in its search for a new superintendent. Each will visit the city next week.

After considering over 400 applicants, the School District of Philadelphia has narrowed its list of potential candidates for a new superintendent down to three.

John Davis, the chief of Baltimore City Public Schools; Krish Mohip, the deputy education officer at the Illinois State Board of Education; and Tony Watlington, the superintendent for Rowan-Salisbury Schools in North Carolina, have all been named as finalists, the Board of Education announced on Friday.

The candidates will each be introduced to the community at a series of public meetings next week and a final decision is expected to be made the week of March 21.

One of them will replace Superintendent William Hite, who has been with the district for 10 years. Hite will leave the district at the end of the school year for a new role as the CEO of KnowledgeWorks, a national nonprofit that aims to improve K-12 education.

“At a time when districts across the country are launching similar superintendent searches this was no easy feat," Board of Education President Joyce Wilkerson said, according to the Philadelphia Tribune.

All three men are career educators with no local ties.

Davis has worked in large, urban school districts for the past 30 years, including in Washington D.C. and Baltimore. These districts are similar to Philly demographically and are facing similar facility modernization challenges as their school buildings age.

He began his career as a middle school math teacher in Baltimore in 1992 and was later the founding principal of the city's New Era Academy High School. Davis became the head of Baltimore's school district in 2017.

Mohip has nearly 20 years of experience in education which began with his tenure as a Chicago City Public Schools teacher. He was recruited by the state government of Ohio to turn around the Youngstown School District where he was able to raise graduation rates by over 10% in two years. He returned to Illinois to take his current position in 2019.

Watlington has 27 years of experience in the world of education and began as a high school history teacher. He's been in charge of Rowan-Salisbury Schools – a suburban district with around 18,000 students – for about a year. Since starting, he has raised third grade school reading levels by over 25% and increased the percentage of schools in the district meeting state growth targets by over 15%.

Before starting his current position, he served as chief of schools and deputy superintendent at Guilford County Schools, one of the largest districts in North Carolina.

Next week, each of the candidates will spend a full day in Philly meeting with students, staff and families across the district. Davis will come on Monday, Mohip will come on Tuesday and Watlington will come on Wednesday.

Each visit will culminate with an evening town hall at 440 N. Broad St., which will be livestreamed on the district's website. Those looking to attend in person must RSVP ahead of time.

Some of the roundtable discussions the candidates will have during the day will also be livestreamed so the public can tune in.