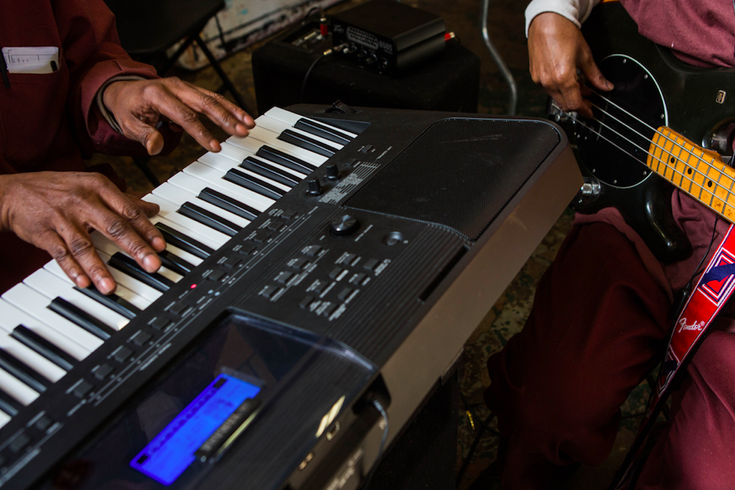 on Friday, “Rise Up: Songs and Stories from SCI-Graterford” will present the world premiere of nine songs written by the men during workshops inside the maximum-security prison performed by a live band of Philly-area musicians.

Community arts activists August Tarrier and Miles Butler have been passing in and out of the foreboding walls at Graterford Prison for the better part of a year. This weekend, they’ll bring something out with them – the voices of 25 incarcerated men.

At the Painted Bride on Friday, “Rise Up: Songs and Stories from SCI-Graterford” will present the world premiere of nine songs written by the men during workshops inside the maximum-security prison performed by a live band of Philly-area musicians. Graterford had gone without a music program for more than a decade when Tarrier and Butler approached the state correctional institution with the idea for their new program, "Songs in the Key of Free."

Beginning last October, the Germantown-based pair, along with recent Curtis Institute grad and composer Emily Cooley, began a series of weekly workshops in which the incarcerated men were helped to put their experiences into song. Since then, they’ve recorded an EP of those songs, performed them live within the walls of Graterford, and now will have their music heard by a wider audience on the outside. 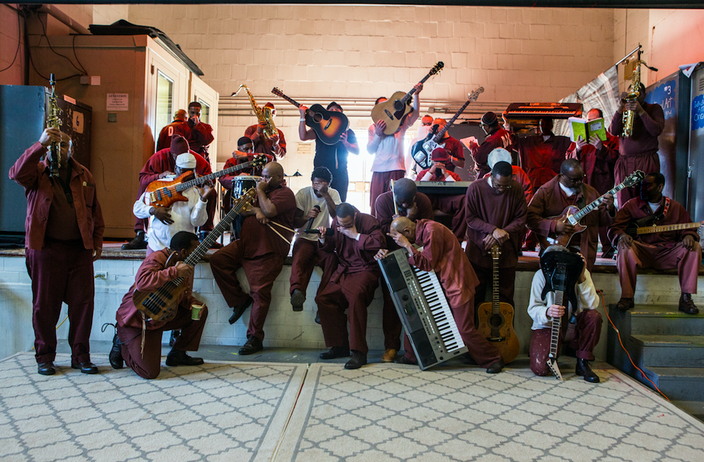 State prison rules don't allow inmates to show their faces or give names for photos.

“When you’re barred from public and civic life,” Tarrier mused, “how do you become self-aware? How do you become a whole person? How do you live with your whole heart? How do you love? What we’re offering is this idea of reclaiming goodness, of being seen and valued and validated as a human being.”

The songs that resulted from the program range from rock to hip-hop to country, and touch on a number of issues including mass incarceration, systemic racism, the Black Lives Matter movement and the school-to-prison pipeline.

Butler, a singer/songwriter who grew up singing in Philly’s Commonwealth Youth Choirs, brought the lessons he’d learned from the folk tradition into the program with him.

“I was raised on the folk music of the ‘60s – Pete Seeger, Woody Guthrie, Bob Dylan, CSNY – and I saw the power of music to wake someone up to different issues going on in our culture and society.”

Aware that there will inevitably be opposing voices protesting their work with these inmates, the co-founders acknowledge the inmates’ crimes while still nurturing their humanity and attempting to illuminate injustices.

“Even our most beautiful, kind souls say they weren’t angels and that they had to do the hard work of rehabilitation,” Butler said. “But they’ve literally been judged. That’s not our job. These are just humans who want to create and learn new skills. That’s what we do.” 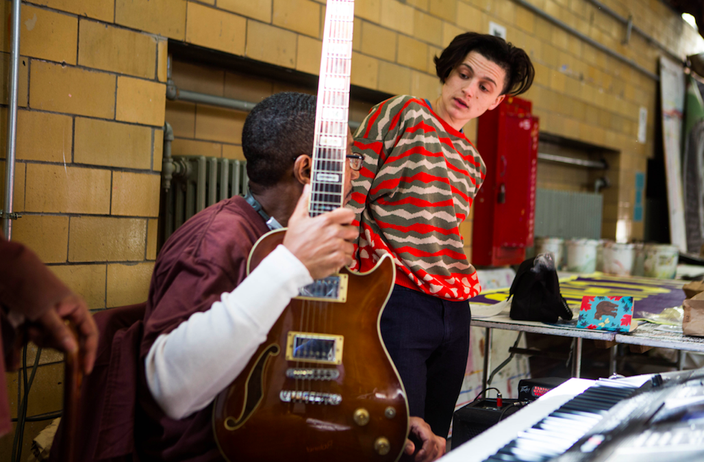 For the inmates, the program offers not just a chance to express themselves but an opportunity for cooperation.

Tarrier added, “We’re not naïve. Of course, some people do need to be in prison. But we also want to interrogate at a really deep level the idea of being punitive. So many people assume that if you’re in prison, you deserve to be there. ‘Lock ‘em up and throw away the key. The worse we treat them, the better.’ We want to counter that, to say that, in fact, privation does not benefit any of us in any way.”

For the inmates, the program offers not just a chance to express themselves, but an opportunity for cooperation.

The men were divided into a series of songwriting and performing groups, and most of the songs were ultimately penned collaboratively. For the audience at the Painted Bride, the music will serve as a reminder of the humanity that’s been locked away, according to Cooley.

“One of the first steps in changing the system is to actually hear from the people who are affected by it,” she said. “All people have something to offer, so I hope the audience will see how varied, interesting and talented these people are, even though we don't generally hear from them in our society. We forget that incarcerated people are still people, that their full lives, pursuits, and emotions carry on even after they end up inside.”