Medicaid work requirements: Where do they stand after the blue wave? 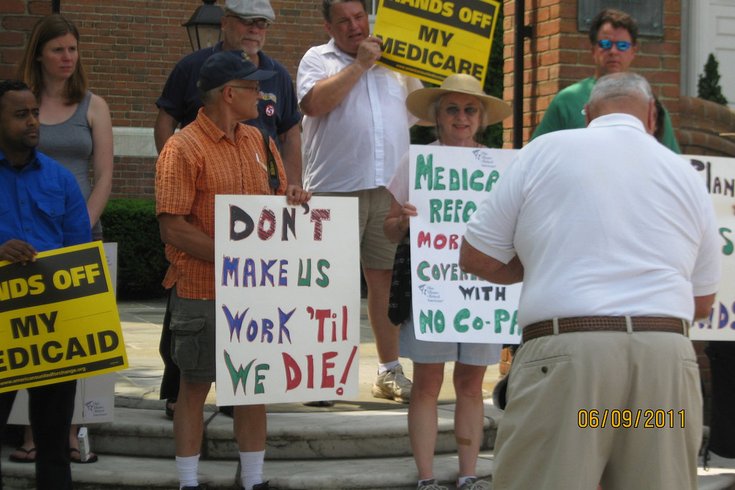 The 2018 midterm elections have dealt a significant setback to President Trump’s agenda in the legislative arena.

However, there are still many ways for the Trump administration to keep swinging away at the Affordable Care Act. One particularly effective unilateral instrument is the regulatory process – that is, the implementation of statutory law by executive agencies.

This may prove particularly consequential for Medicaid, the health coverage program for those with low incomes or disabilities. One particular area of attention for scholars like me is so-called community engagement or work requirements for Medicaid beneficiaries. These mandates generally require beneficiaries to conduct work-related activities or lose coverage.

While still in litigation, the Trump administration has indicated its strong commitment to moving forward with these efforts.

Helping individuals leave poverty is a worthwhile cause. As someone who studies health policy, I am concerned, based on research that others and I have conducted, that the focus of the Trump administration is misplaced. Indeed, their actions run counter to a broad scholarly consensus which universally emphasizes the benefits of health coverage. Most critically, they may disproportionately affect populations with vulnerabilities.

WORK FOR COVERAGE: WHAT WELFARE REFORM TELLS US

Work requirements have been implemented in a variety of public assistance programs outside of Medicaid. They have been featured most prominently in the Temporary Assistance for Needy Families program, or what Americans generally refer to as “welfare.”

When President Clinton and a Republican Congress “ended welfare as we know it” in 1996, they imposed strict work requirements and time limits for beneficiaries. The resulting changes can only be described as transformational. Importantly, they include a dramatic decline in the nation’s welfare case load.

Proponents of work requirements have hailed these developments as vindication of the policy. More deliberate assessments, however, have raised questions about this interpretation.

For one, there is strong evidence that a significant reduction in caseload was a result of the strong economy in the late 1990s. The reduction also coincided with the expansion of the Earned Income Tax Credit, which made work more profitable for low-income earners. Additionally, a major portion of the reduction of the welfare load has been the result of eligible individuals merely being diverted from the program.

When it comes to the experience of people who benefit from Medicaid, more causes for concern emerge. Indeed, most employment and income gains have proven ephemeral.

Individuals who were subject to work requirements generally found only entry-level, low-paying jobs without benefits.

Critically, beneficiaries have also failed to transition into better-paying jobs over time. As a result, they continue to struggle with housing and food security.

Studies have found no hard evidence for sustained reductions in poverty.

And certain populations faced particularly negative impacts. These include those with significant employment barriers such as chronic health conditions, low job skills, and low education status.

Minorities appear to also be disproportionately affected. The same holds for those suffering from addiction or domestic violence.

Perhaps of greatest concern is evidence that for a significant portion of those beneficiaries forced off public assistance the result has been a slide into deep and persistent poverty.

WORK REQUIREMENTS AND THE TRUMP ADMINISTRATION

Since taking office, the Trump administration has sought to aggressively introduce work requirements into the Medicaid program. It has argued that doing so would “put beneficiaries in control with the right incentives to live healthier, independent lives.”

It has done so using so-called 1115 demonstration waivers. These waivers allow states to make temporary changes to their Medicaid programs that omit certain statutory requirements.

These waivers have been traditionally used by both parties to expand, not reduce, coverage.

As a result, the Center for Medicare and Medicaid Services has received more than a dozen waiver requests seeking to implement work requirements from states like Kentucky, Arkansas and Michigan. Proposals differ significantly between states in terms of such characteristics as work effort required, what activities count toward compliance and exemptions.

Yet due to legal issues, the only program currently operational is in Arkansas.

The experience in Arkansas appears emblematic for many efforts to impose work requirements. In particular, it illustrates what appears to be a deliberate attempt to reduce enrollment, rather than to help people leave poverty.

Work requirements, as implemented in Arkansas, are particularly concerning because they impose several significant burdens. One of these that has raised particular concern is the requirement that Medicaid recipients report compliance of their work requirements solely to an online portal. No provisions are made for beneficiaries to report in person, on paper or via phone. This is in a state that ranks at the bottom nationwide when it comes to internet access.

Moreover, the portal is offline for a significant number of hours each day. There have also been no efforts to support beneficiaries’ work efforts such as job training, child care assistance or transportation allowances.

And indeed, early experiences confirm many of the fears of advocates and scholars alike, as thousands of Arkansans have already lost coverage.

Many of those losing coverage may have lost coverage not because of failure to work but instead because they were unable to report their work efforts.

SUPPORTING WORK INSTEAD OF TAKING AWAY HEALTH COVERAGE

Proponents of work requirements argue that requiring people to work will make them healthier and more economically secure. Accompanying this argument is the assertion that many beneficiaries are willfully choosing not to work. Thus, beneficiaries have to be pushed into the workforce by a paternalistic government.

However, this line of argument runs counter to the expert consensus that has emerged. Indeed, most scholars emphasizes the strong, positive effects that sustained health coverage has in supporting the work efforts of people who receive benefits. Taking away medical coverage runs contrary to the goal of alleviating poverty and transitioning Medicaid beneficiaries into stable work environments.

Blaming Medicaid beneficiaries, most of whom are indeed working, taking care of family members or disabled, for not working misses many of the subtleties of the underlying problems. Many beneficiaries face personal and systemic barriers such as lack of education, transportation or economic opportunity. Many are unable to find long-term, stable jobs with health benefits despite their best efforts.

Yet, the effects of work requirements go well beyond the population targeted by them. Perhaps most concerning, work requirements may cause significant harm to populations with vulnerabilities such as minorities, the disabled and the chronically ill. Confusion, lack of information and the stresses of living in poverty may prove overwhelming. The results may be disenrollment. This holds even for those who are technically exempted from work requirements.

Unfortunately, this may not be a glitch but may point to the true underlying rationale. That is, the true goal for many supporters of work requirements may be the disenrollment of large numbers of beneficiaries, reductions in government expenditures and ultimately a disengagement from the social safety net.

Despite these concerns, one should not ignore the valid concerns of many working low- and middle-income Americans who are working and struggling.

I believe what the U.S. truly needs are policies that provide equitable opportunities for all Americans. A particular focus should be on offering access to affordable health care and education, and policies that encourage, support and reward work. Proven policy solutions to do this include expanding the Earned Income Tax Credit and providing access to affordable health care and educational opportunities.

Scholars play an important role in this process by informing policy choices with empirical evidence. We are also tasked to stand up and point out when our work is misrepresented in the political process. Finally, we have to be particularly mindful of those with vulnerabilities.