The devices could cause serious injury or death, FDA says 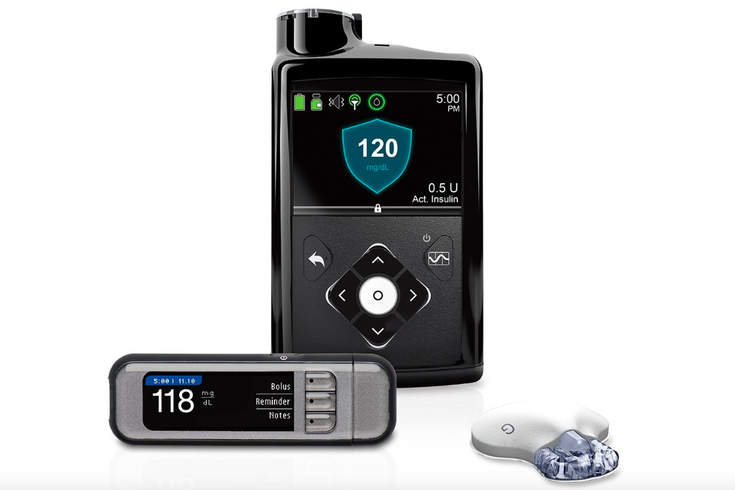 Medtronic is recalling 322,000 MiniMed insulin pumps, including the model shown above, due to a defective part. The devices place diabetics at risk of serious injury or death, according to the U.S. Food and Drug Administration.

Medtronic is recalling more than 322,000 MiniMed insulin pumps because a faulty locking mechanism may cause incorrect dosing.

The flaw could prove fatal to the type 1 diabetics who rely on the devices to regulate their disease. The issue has caused 2,175 injuries and one death, according to the U.S. Food and Drug Administration.

The pumps are being recalled due to a missing or broken retainer ring that helps lock the insulin reservoir into place. When the reservoir is not secure, too much or too little insulin may be delivered, putting users at risk for hypoglycemia or hyperglycemia. Loss of consciousness, seizure and death can occur in severe cases of hyperglycemia.

Medtronic has received 26,421 complaints of the device malfunctioning, according to the FDA.

In November, Medtronic notified affected customers in a letter to check their pump's reservoir and retainer ring. If the reservoir was not secure or the retainer ring was missing or damaged, they were advised to stop using the pump immediately and to ask their doctor about alternative ways to receive insulin. They were also instructed to contact Medtronic for a replacement pump.

If the pump appeared to be functioning normally, users were given the green light to continue using it.

Any customers who have questions about the recall can call the 24-hour Medtronic Technical Support at (877) 585-0166. Replacements also can be requested on the Medtronic website.